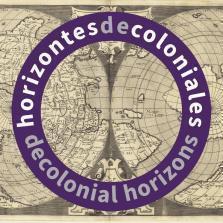 Decolonial Horizons is an intellectual hub for the exploration of scholarship between global politics and religious discourses. It confronts years of systemic scholarly racism by privileging frameworks generated in the networks of the Global South. The journal is a project of Otros Cruces in South America.

GEMRIP is an initiative that seeks to create instances of sensitization, awareness, research and multidisciplinary training through educational programs as well as spaces for dialogue and reflection for the study of the socio-political dynamics of the contemporary context, its relationship with the religious phenomenon and the creation of relevant public advocacy instances from that field. Decolonial Horizons forms part of one of GEMRIP’s work areas to encourage the publication of academic papers and research. Further information on GEMRIP can be found here

Decolonial Horizons publishes studies that examine and question postcolonial, decolonial and religious dynamics. The purpose of the journal is to present new methodological and hermeneutical tools in this under-explored field within religious and theological studies in Latin America.

This publication welcomes the contributions of authors working in a broad disciplinary spectrum including – but not limited to –, history, anthropology, philosophy, sociology, political science, cultural studies, critique of political economy, religious studies, and literature. Topics covered by the journal include: the intersection between religion and culture, migration, territorialism, politics and human rights, together with the construction of the body(s), sexuality, gender and racism. All within the field of decolonial and postcolonial theories.

The Journal is published annually in October. The electronic journal is archived in Portico. The journal has its own website where further information can be found here.