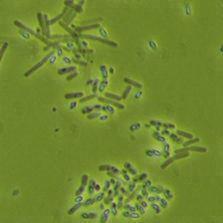 Human (and animal) health depends to a large extent on soil related microbial populations in the gut.

Relation between human microbiome and disease conditions including psychological disorders

Although there is an obvious link between digestive disorders and the microbial population in the human gut, also less obvious connections with diseases like autism, depression, Chronic fatigue Syndrome, Astma, Allergies, multiple sclerosis and others.

The case of autism is especially intriguing. At Caltech Sakus Mazmanian has created a treatment for mice with autism like symptoms, which consists of giving mice a probiotic strain of Bacteroides fragilis that reverses part of the symptoms like gastro-intestinal issues and cognitive deficits typical for autism (Follow your gut , chapter 4).

In another study  and coworkers demonstrated that patients with major depressive disorders harbored distinct microbiota in their guts.

The present collection shows a selection of articles ranging from human microbiome studies to soil microbiota and the interplay between microbes in the soil and in the human gut highlighting their effects on soil and plant health and human health.

A consequence of the growing insight into the dependancy of human health on healthy microbial populations in the gut is that the use of antibiotics is seen in another light.

In his book "missing microbes" ( Henry Holt Publ. 2014, ISBN 9780805098105), Martin Blaser explains at lenght the inherent danger of antibiotic abuse. According to him overuse of antibiotics is fueling our modern plagues.

Although the human gut seems to bear the most influence on human health we should bear in mind that all other body parts harbor many diverse species of microbes. The composition of human skin microbiota for instance have a big effect on skin conditions .

Under a Creative Commons license

Role of microbes in soil fertility and human health

Soil fertility depends on healthy microbial populations in the soil. Human (and animal) health depends to a large extent on a closely related healthy microbial population in the gut. The microbes in the human and animal gut and the soil microbes are related because there is a constant exchange via food ingestion. This is known as the soil food web. Research has shown that soil microbial life is becoming less diverse all over the world because of use of chemical fertilzers, herbicides, insecticides and other modern agricultural practices, leading to low quality crops and low quality food. It also becomes more and more clear that the microbial flora in the gut is directly linked to immune competence and there are indications that unhealthy gut flora is linked to human illnesses like Crohn's disease, some forms of cancer, Alzheimer and depression, to name a few. The purpose of this collection is to aggregate key papers on the topics discussed above, with the aim of raising awareness on the importance of soil-microbial-human interactions. The recent debate on the effects of neonicotinoids is one example of the sort of discussions that we want to initiate with this collection. Human (and animal) health depends to a large extent on soil related related microbial populations in the gut.