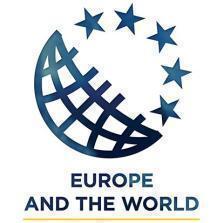 A Europe and the World: A law review special issue (UCL).

A Europe and the World: A law review special issue

‘Brexit’ is a process, but with an uncertain ending. The only certainty it seems is that the saga will not end in 2019. Nevertheless, even if the UK does leave the EU, the debates over – on the one hand – what kind of relationship the UK and EU will have and how that will play out in the domain of external relations and – on the other hand – what it means for the EU itself, are only beginning. This purpose of this special issue is to consider the questions of what the future of EU external relations will look like without the UK.

External relations have been a focus of close attention since the Treaty on European Union first appeared, and has only increased since. The Treaty of Lisbon was closely associated with moves to ensure that Europe’s global role – later developed in the Global Strategy – reached its fuller potential. The ‘intergovernmental’ tag tends to be (erroneously and too frequently) applied to the EU’s external relations, which tend to focus on the ‘political’ or ‘foreign policy’ dimensions, rather than (e.g.) the Common Commercial Policy. But the pivotal role of the Council, and thus the Member States, in many areas (particularly Common Foreign and Security Policy (CFSP)) means that the departure of a Member State brings substantial and materially different considerations than in other dimensions. In particular, the loss of a large Member State may be more keenly felt than in other areas of EU integration or cooperation.

Attention therefore needs to be paid to what the impact might be, with a specific focus on the longer term than the short-term deliberations about the immediate post-Brexit context. With this in mind, the contributions to this special issue consider both the impact of Brexit on UK-EU relations; and how EU external relations and the EU’s role in the world might be affected. The contributions recognise that economic, security and other foreign policy issues are inherently connected. Similarly, the bilateral and multilateral relationships with countries and groups near and far deserve careful consideration.

The papers of this special issue are neatly divided into considering the different dimensions of Brexit, future UK-EU relations and the impact on both parties. Although not all the potential aspects of external relations are covered, the papers cover examples of the main points, including bilateral relations, trade and security. The ‘knock-on’ effects of Brexit with regard to the European Economic Area (EEA) and other international organisations are also considered. There is also a contribution which considers how we might study EU external relations in the light of the themes and issues highlighted throughout the special issue.

This special issue arose from a workshop at the University of Strathclyde in October 2018, funded by the James Madison Charitable Trust.

Publication date: Articles will be published as and when ready on an on-going basis, see below list for article publication dates.

Post-Brexit Britain, the EU and Japan: The car industry, the aeronautical sector and military cooperation

The EU’s ‘strategic partnership’ with China in a post-Brexit world: Recalibrating internal dynamics and facing up to external challenges

CSDP and the development of the ‘Global EU’: The progress of EU autonomy in the shadow of Brexit

Great expectations: The Brexit moment in EU security and defence and the return of the capabilities–expectations gap