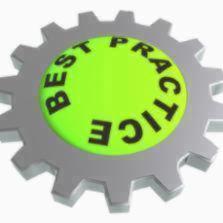 This collection contains a variery of articles related to good scientific and science communication. These are articles useful as an author, but also as a reviewers (instead of arguing why, simply points to the publication that does so).

- statistics and data visualization (including neuroimaging)

A word on 'participants'

Too often, when describing participants taking part to a study, and in particular when only healthy subjects are involved, there is a lack of details on recruitment procedures and demographics. I am highlighting here, issues raised by the OHBM COBIDAS MRI and MEEG.

How participants were recruited (e.g., direct mailing, advertisements), the population they are coming from (e.g., laboratory members, university undergraduates, hospital, general population), and what selection criteria were used must be reported (Martínez-Mesa et al., 2016), allowing to either reproduce the sampling, or investigate if results are generalizable enough.

In our quest for healthy subjects, we often exclude participants with developmental or acquired neurological or psychiatric illness, but are those individuals that typical?. For example, Kessler (2005) suggest that up to 50% of the old population can be excluded with such criteria, limiting the generalization to the population as a whole.

Information such as age, gender, handedness and education (total years of education and highest qualification) should be included in the experimental description at a minimum, as these variables have been associated with changes in brain structure and function (BRAINS, 2017).

'Healthy subjects (mean age X, sex ratio Y) participated in this study' isn't good enough, because are in fact 'super healthy' post-graduate students, and that may not be representative of the population.