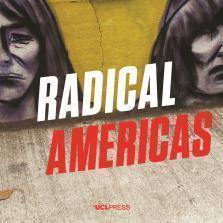 This special issue of Radical Americas marks a continuation of our discussions into these themes – on the experimental, dissident, objectional, and otherwise marginal organs which often slip between the cracks of scholarly analysis, even as our interrogation of American periodicals and print culture continues to gather steam (UCL).

In an early issue of New Left magazine Radical America, the editors outlined their aim to educate readers ‘about the radical traditions of this country’, to provide a ‘forum for students of American radicalism’, and to break down the barriers between the ‘activist’ and the ‘intellectual’. In doing so, Radical America refashioned a blueprint for American periodical radicalism that had been passed down by activists and editors for generations. As oppositional outlets for expressions of political, cultural, or social dissent, radical American periodicals have played a vital role as a forum for radical debate, and a challenge to mainstream understandings of American democracy, citizenship, and community. Yet what makes a periodical ‘radical’? And what makes it ‘American’? How has our understanding of these terms been shaped by the complex and constantly shifting nature of radical protest and the nation-state? And in what ways does this definition change depending on the editorial production, financial composition, geographic distribution or visual aesthetic of each ‘radical’ periodical?

Taxation as Tyranny: American Progress and the Ultraconservative Movement

Chronicling Subversion: The Cronaca Sovversiva as Both Seditious Rag and Community Paper

“A Women’s War Against War: the Socialist-Feminist pacifism of Four Lights: An Adventure in Internationalism”