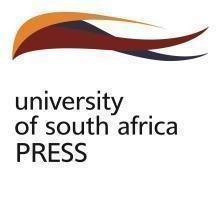 UnisaRxiv is designed to provide a platform which allows for rapid dissemination of the latest findings in diverse topics and to promote submissions from any grade of researcher at the University of South Africa (Unisa) and beyond. Researchers at all career stages, including early career researchers, professionals, and senior scholars are invited to submit high quality research manuscripts.

Operating as a preprint repository, with open peer review, the entire publishing process will be accessible, transparent and accountable. Submission will be approved for posting after moderation, but not full peer review. Articles will be judged on the merit and scientific validity (sound scholarship) of the work. After posting authors are encouraged to invite open reviews and comments and to upload revised versions of their manuscripts.

Please read these requirements in conjunction with the comprehensive style guide that follows them.

Article length
Submissions should not exceed 8 000 words in length, from the first word of the title till the last word of the references.

Abstract length
Submissions should include an abstract of no longer than 250 words.

Keywords
Submissions should include six to eight keywords arranged in order of relevance.

1. Guidelines for Technical Preparation of Manuscripts

All graphic material has to be positioned at the correct place in the text and should be of a good quality. Do not add supplementary files with graphic content.

Do not type double spaces anywhere; not between words, at the end of sentences or after colons.

Authors should include their affiliation or ORCID below their name, after the title of the article.

Do not use the ampersand (&) anywhere in the text or citations; use “and” instead.

In text, emphasise words by using italics only sparingly. Italicisation should otherwise be reserved for titles and words from a language other than that of the text.

Italicised words/phrases in another language are glossed by an equivalent word/phrase in the language of the text placed in parentheses, e.g. indoda (a man). Words well known in South African English are set as roman, for example, “lobola,” “ubuntu,” “indaba.”

Words/terms that need to be singled out as being “borrowed” from another author/source may be placed in double inverted commas.

Titles of standalone publications must be in headline style (significant words are capitalised) and in italics when typed in the text. Titles of articles are placed between “double inverted commas.” Also see citation guidelines for examples.

Acknowledgements appear at the end of the article, should be brief, and recognise sources of financial and logistical support and permission to reproduce materials from other sources. Save a copy of documentation granting such permission. Adherence to copyright rules remains each author’s sole responsibility.

Please note the format and order of information required in metadata for book reviews:

Please do not place any footnote markers before the beginning of the article’s main text. I.e., no footnotes may follow the article’s title or the author’s details (with the exception of the dagger (†) to indicate that an author is deceased).

Footnotes with references in Arabic numbers (1, 2, 3—do not use i, ii, iii) are allowed on condition that these are limited to essential notes that enhance the content without impeding the fluent reading of the article.

“This,” wrote George Templeton Strong, “is what our tailors can do.”1

The bias was apparent in the Shotwell series2—and it must be remembered that Shotwell was a student of Robinson’s.

(In an earlier book he had said quite the opposite.)3

Men and their unions, as they entered industrial work, negotiated two things: young women would be laid off once they married (the commonly acknowledged “marriage bar”4 ), and men would be paid a “family wage.”

Endnotes are not allowed.

Footnotes do not replace the alphabetical list of references at the end of the text. References in notes are regarded as text references and not bibliographic information.

When quoting from a source, use “double inverted commas.”

To quote within a quote, use ‘single inverted commas’.

When quoting more than five lines, indent. Do not print indented text in italics and do not use quotation marks. A citation after the indented quote follows after a full stop, e.g. According to the report the council will discuss the matter at the next council meeting to be held on 5 January 2017. (Smit 2002, 1)

When quoting within an indented quotation, use double inverted commas.

Final full stops and commas are placed inside the quotation mark.

Colons and semicolons are placed outside of quotation marks.

Question and exclamation marks are only placed inside quotation marks if they form part of the quoted material:

Do you know if she is “accredited”?

He asked: “Are you accredited?”

When adding notes to a quote or changing a quotation, use square brackets, e.g. [own translation/emphasis]/[t]oday.

In text, numbers one to nine are in words; numbers 10 and above are in digits.

At the start of a sentence all numbers are in words.

In parentheses, all numbers are in digits; as for numbers of tables, figures and chapters.

Percentages should be expressed in digits followed by the unspaced percentage sign (%) throughout the text.

The letters in ordinal numbers should not appear as superscripts (e.g., 122nd and NOT 122nd).

Gwen stole second base in the top half of the first innings.

The restaurant on the 45th floor has a splendid view of the city.

Use Mathtype for display and inline equations, but not for single variables. Single variables should be inserted into the text as Unicode characters.

Abbreviations that begin and end on the same letter as the word, do not get a full stop (Mr/Dr/Eds), but note Ed./Rev.

Degrees: (Preferably without any punctuation)

Insert spaces before and after the ellipsis.

In May 1862, two new missionaries, Endeman and Albert Nachtigal, joined Grützner and Merensky. … It was decided that Endeman and Grützner continue working. … The latter two eventually established the mission station Botshabelo … which later would play an important role in the Ba-Kopa history.

Names and initials of persons, real or fictitious, are capitalised. The reference lists in some journals (especially in the natural sciences) always use initials instead of given names. A space should be used between any initials.

(South African) surnames with prefixes should be capitalised as follows when used in isolation from a given name (such as in citations and reference lists):

Give the full name when first mentioned (with acronym in parentheses), thereafter use the acronym uniformly and consistently:

et al. (not italics) Never use in the reference list.

When citing a text with four+ authors, use only the first author’s name followed by “et al.” in text, but list all authors in the reference list.

Table headings appear above the tables and are numbered.

Figure captions appear below the figures and are numbered.

Captions of figures other than artworks should be short and descriptive.

Include authors cited in tables and figures in the reference list.

Supply the source below the table or figure, if material is copyrighted.

In the body of the text, citations are indicated in parentheses with the author's surname, publication date, and page number (if needed, as when quoting direct words), e.g. (Smith 2012, 45).

Citations are placed in the text where they offer the least resistance to the flow of thought, frequently just before a mark of punctuation.

Single-author citations: If the author’s name appears in the text it is not necessary to repeat it, but the date should follow immediately:

Single author with two or more works in the same year:

One publication with two or three authors:

When citing a secondary source:

Blogs are only referenced in-text.

Use the heading: References.

Only list sources actually referred to in the text.

NB: Although full first names are used in the examples in this document, it is also acceptable to use authors’ initials only, as long as one system is used consistently in a given article.

The entries are additionally sorted by the work’s date of publication (oldest to newest).

Do not use a dash to replace author names.

If no author or editor, order alphabetically by title (corresponding with text citation).

Successive entries by two+ authors, where the first author is the same, are alphabetised by co-authors’ surnames.

Use headline-style capitalisation in titles and subtitles of works and parts of works such as articles or chapters (i.e., Biology in the Modern World: Science for Life in South Africa). Capitalise significant words and proper nouns.

Use headline-style capitalisation for titles of journals and periodicals (i.e., Journal of Social Activism).

Titles of stand-alone publications are typed in italics when used in text: Evangelism and the Growth of Pentecostalism in Africa.

Treat pamphlets, reports, brochures and freestanding publications (such as exhibition catalogues) as books. Give sufficient information to identify the document.

Electronic References (NB: The text reference must correspond with the alphabetical reference list)

Omit: Inc., Co. Publishing Co. etc. from the name of the publisher.

When only an issue number is used, it is not enclosed in parentheses.

When citing archival material in the author-date style, it is unnecessary to use n.d. (no date) in place of the date. Dates of individual items should be mentioned in the text, when applicable:

Alvin Johnson, in a memorandum prepared sometime in 1937 (Kallen Papers, file 36), observed that ...

If only one item from a collection has been mentioned in the text, however, the entry may begin with the writer’s name (if known). In such a case, the use of n.d. may become appropriate:

Examples (For a full list of examples see http://www.chicagomanualofstyle.org/tools_citationguide/citation-guide-2.html)

Four or More Authors: List all of the authors in the reference list; in the text, list only the first author, followed by et al. (“and others”):

Editor, Translator, or Compiler Instead of Author

Editor, Translator, or Compiler in Addition to Author

Chapter or Other Part of a Book

Preface, Foreword, Introduction, or Similar Part of a Book

If a book is available in more than one format, cite the version you consulted. For books consulted online, list a URL and include an access date. If no fixed page numbers are available, you can include a section title or a chapter or other number.

Article in a Print Journal

Article in an Online Journal

Include a DOI (Digital Object Identifier) if the journal lists one. Do not put a full stop after the DOI—A DOI is a permanent ID that, when appended to https://doi.org/ in the address bar of an Internet browser, will lead to the source. If no DOI is available, list a URL and provide an access date.

Paper Presented at a Meeting or Conference

R: Adelman, Rachel. 2009. “‘Such Stuff as Dreams are Made On’: God’s Footstool in the Aramaic Targumim and Midrashic Tradition.” Paper presented at the annual meeting for the Society of Biblical Literature, New Orleans, Louisiana, November 21–24.

All articles
All posters
Tweets by UNISAPress
See more Tweets