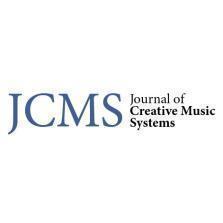 The Journal of Creative Music Systems (JCMS) aims to advance the development of computational creative systems in the domain of music. JCMS is an open access journal focusing on computer systems which generate, perform or analyse music, and which either demonstrate a distinct degree of creativity or which shed light on the nature of creativity. Empirical articles, which focus on the design and implementation of new techniques; as well as theoretical papers, which investigate the scientific and philosophical foundations of music-creative systems, are encouraged. In recognition of the inherent interdisciplinarity of the area, JCMS encourages submission of articles at the intersection of different fields, such as music (theory, analysis, history), artificial intelligence, music information retrieval (MIR), cognitive science, evolutionary theory, mathematics and philosophy.

Topics of submissions – which may be original articles, research reports, reviews and tutorials – may include, but are not limited to, the following: