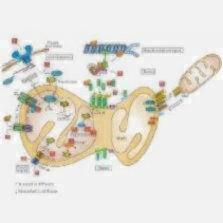 Alternatives to the amyloid hypothesis of Alzheimer's Disease.

Dr. Perry’s studies are focused on the mechanism of formation and physiological consequences of the cytopathology of Alzheimer disease. The Perry Lab has shown that oxidative damage is the initial cytopathology in Alzheimer disease. They are working to determine the sequence of events leading to neuronal oxidative damage and the source of the increased oxygen radicals. Current studies focus on the:

Alzheimer’s disease is the sixth leading cause of death and affects one in every 10 individuals aged 65 or older in the United States. In the disease, there are an increased number of dangerous molecules called free radicals that can cripple and kill cells within the brain, causing dementia. This damaging process is called oxidative stress.

Dr. Perry’s research is primarily focused on how cells in the brain respond to the presence of these free radicals. Looking at how the cells react is like looking through a window into the disease.

Dr. Perry is currently working to determine what causes the increased amount of free radicals and what leads to the damage they cause. Figuring out how the brain’s cells respond to free radicals is critical to interrupting the progress of the disease and could lead to new interventions in patients as young as those in their 30s and 40s.