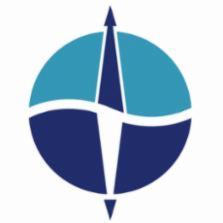 The South Pacific Paleogene Climate Expedition (IODP Proposal 567-Full4) will continue a Paleogene Pacific transect begun by ODP Leg 199 to study the very warm climate regime of the early Eocene. The sites selected for this expedition are intended to capture records of both the Paleocene-Eocene boundary (55 Ma) and the Eocene-Oligocene boundary (40 Ma). A redrill of DSDP Site 277 (Leg 29) is also included to establish a continuous record of the shallow subantarctic South Pacific from the Paleocene to the late Oligocene. Sediments recovered from Expedition 378 Sites will allow for the characterization of water masses, deep and shallow ocean temperature gradients, strength of upwelling, and zonal wind strength. This expedition will fill a significant gap in current high latitude climate reconstructions and create a better understanding of the role of ocean circulation in extremely warm climates and how such systems are formed, maintained, and concluded.