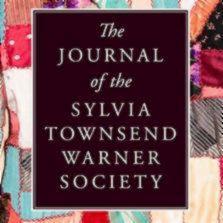 The year 2018 is the first in which we have published two issues of the Journal. This has meant an organisational shock to the system and hence this issue arrives a few apologetic months late, but I can convey plenty of editorial determination and a good deal of confidence that the two 2019 Journals will actually reach members within the calendar year of 2019. Having two Journals each year makes it easier sometimes to accommodate special issues prompted by a particular occasion or devoted to a particular theme. That has been the case for 2018. A good deal of the last issue was devoted to essays submitted for the Mary Jacobs Prize, while this edition of the Journal mainly derives from papers given at the April 2018 Warner conference in Manchester. This occasion was organised by Howard J. Booth and Gemma Moss, who have kindly assembled and introduced a selection of papers from the conference. This occupies the central pages of the Journal, following the searching ‘Introduction’ that Ingrid Hotz-Davies has written for the new 2018 edition of Kingdoms of Elfin (Handheld Press). We are grateful to Ingrid Hotz-Davies and to Kate Macdonald of Handheld Press for permission to reprint.

Conference proceedings usually take the form of articles of around 6,000 words, and they usually take a long while to appear in print. This gathering of papers is a little quicker and less formal than the usual afterlife of conference presentations. There are several rationales for this. First, we are striking while the iron is relatively hot. Secondly, the difference between a 20-minute conference paper and a 6,000-word article is a large one; the shorter length means that the authors have been able to keep relatively close to the shape and lines of their original argument and presentation. Thirdly, a shorter paper need not be quite so formal and distant from the context of a spoken presentation. Fourthly, the shorter articles give us a chance to hear more voices – especially, in this case, from younger writers and readers – and to get a wider sense of Warner conversations underway.

The two 2018 issues of the Journal have been mainly occupied by literary critical writings about Warner. By way of demonstrating that the 2019 issues will give more space and emphasis to manuscript and fugitive writings by Warner, the final item here is a small and obscure piece she wrote as an appendix to Valentine Ackland’s Country Conditions. It shows Warner in the guise of materialist fact-finder and statistician.

This is an Open Access article distributed under the terms of the Creative Commons Attribution License (CC-BY) 4.0 https://creativecommons.org/licenses/by/4.0/, which permits unrestricted use, distribution and reproduction in any medium, provided the original author and source are credited • DOI: https://doi.org/10.14324/111.444.stw.2019.09