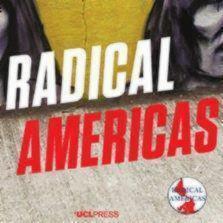 Review of The FBI in Latin America: The Ecuador Files by Marc Becker.

Marc Becker’s The FBI in Latin America: The Ecuador Files uses US Federal Bureau of Investigation (FBI) surveillance records to reconstruct the history of the Partido Comunista del Ecuador (PCE). Although Ecuador in recent decades has exemplified the move toward greater social equality and rejection of neoliberalism, labeled the ‘Pink Tide’, it is not a country often considered central to the history of the Cold War in Latin America. Neither the most repressive nor the most revolutionary, Ecuador allows Becker a unique opportunity to analyse what exactly the United States was trying to achieve with its foreign policy in the hemisphere under the terms of Franklin D. Roosevelt’s ‘Good Neighbor’ approach. He shows that US concerns about communism predated the outset of the Cold War. Becker has produced a comprehensive account of Ecuador’s communist movement in the 1930s and 1940s, but he has also shed light on a forgotten moment in US national security policy, bridging the hiatus between the relatively quiescent 1930s and the Cold War.

Very little scholarship acknowledges FBI activity, under the auspices of its Special Intelligence Service (SIS), in Latin America during World War II. The express purpose of FBI surveillance was to limit the possibility of Axis expansion into the region. Close relations brewed between some Latin American republics and Mussolini’s Italy and Hitler’s Germany, particularly when it came to their police forces. In Washington, worries about strong alliances between Latin America and the declared enemies of the United States, which dated to World War I, were powerful. Yet the evidence of Nazi penetration of Ecuador was thin and grew thinner with each passing month of the war. The Nazis did, however, spread propaganda against US imperialism, which led to conflations in US surveillance reports of the anti-American message coming from the Far Right and the rejection of imperialism characteristic of the Far Left. As the war wore on and thanks to US intelligence successes in helping rid Latin American countries of Axis agents and operatives, the FBI did not have much to discover that could justify its official mission. However, from the outset, as Becker shows, the FBI was equally concerned with the communists as with the fascists, perhaps even more so. It would be a mistake to say that the wartime effort to ensure that the Axis gained no ground in Latin America was merely a cover for a truer purpose of stymying communism. In fact, the two projects went hand in hand and used the same tools. Becker chronicles a moment prior to the fabrication of the Cold War liberal orthodoxy that equated the radicalisms of the Left and the Right, but the book also illustrates the material infrastructure of the equation among security actors.

According to the Good Neighbor approach, the United States would not place its Marines on the ground to fight rebels (though air and naval bases sprouted across the region during World War II). Becker shows, however, that the FBI would nonetheless recapitulate some of what the Marines had been doing in the Dominican Republic, Haiti, Nicaragua and elsewhere. FBI agents engaged in three primary activities: training police, working undercover as nominal employees of corporations, or working in embassies as ‘legal attachés’, a term of art for FBI agents stationed overseas working among diplomats, which is still in use today. Marines had previously trained police and, in the 1940s, such training, including the establishment of police academies, enabled FBI agents to develop relationships with intelligence sources. The intelligence gathered from these pursuits would then be funneled back to Washington, with the legal attaché deciding what course of action to recommend to his diplomatic counterparts under both their and his own guidance from Washington.

Much of this history comes from memos to Assistant Secretary of State Adolf Berle that FBI Director J. Edgar Hoover signed. To contemporary readers’ surprise, many memos were relatively dispassionate, even if they consistently exaggerated threats, were occasionally outdated and frequently were not as insightful as other State Department reports. Becker relies on these documents because historians face a relative paucity of extant primary sources from the Left in Ecuador in the period. The PCE could not issue many publications during the 1940s because of a lack of resources. Becker thus reads FBI surveillance records against the grain for evidence of how the Ecuadorian Left operated, what its primary concerns were and where it was able to achieve success. He judiciously notes the limits of US understanding of the situation, as well as US misinterpretation of security threats, while acknowledging that these limits themselves constrain what historians can disinter. As such, the book is not a history of everyday resistance, Indigenous people’s or women’s organizing or actually existing non-capitalist forms of social life. Instead, Becker uses a documentary record, supplemented by secondary sources, that might more typically be used by US foreign relations historians to instead tell the ‘internal’ history a country’s left-wing political parties. It is an exciting and ambitious effort. Students of Ecuador (and Latin America, more broadly) and US foreign policy, as well as policing and intelligence, will learn a great deal from this book.

This is an open access article distributed under the terms of the Creative Commons Attribution License (CC BY) 4.0 https://creativecommons.org/licenses/by/4.0/, which permits unrestricted use, distribution and reproduction in any medium, provided the original author and source are credited • DOI: https://doi.org/10.14324/111.444.ra.2018.v3.1.004.