Europe and the World: A law review
Volume 2, Issue 1

Extraterritoriality of EU law and human rights after Lisbon: The case of trade and public procurement: Conclusion 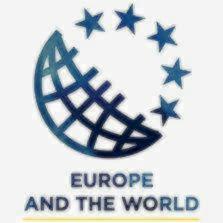 This is a conclusion to a special issue on extraterritoriality on EU law and human rights. It offers some reflections on the articles in the special issue, in particular from the perspective of public international law and international trade law. In this context, it looks at the distinction between the right of a State to regulate activities beyond its jurisdiction, and its obligation – including under human rights law – to do so. It also looks at how the answer might differ according to whether the form of regulation is direct or – especially common in international trade law, where the direct object of regulation relates to access to a domestic market – indirect.

The contributions in this Special Issue explore different facets of a question that can be stated as follows: what does the law say about the EU’s practice, in regulating economic activities, of differentiating between products, services and service suppliers according to their involvement with human rights violations in other States’ territories? In this Conclusion I shine a light on some aspects of the international legal framework that these contributions flesh out in such a scholarly and engaging manner.

The EU is, above all, a creature that is established by international law, that is regulated by international law and that, for the most part,1 subjects itself to the strictures of international law. One must therefore begin by acknowledging the foundational premise of modern international law, which is the principle that one State (which for these purposes can be taken to include the EU) should not take too close an interest in activities occurring in the territory of another State. There are situations of overlap when the activity in another State has an effect on the legitimate interests of the regulating State (including its territory and its nationals), and exceptions to the basic principle can also be made by consent. But these remain exceptions, in spirit, even if not in law, to the Westphalian system.

This much is relatively well established as a matter of principle, even if it is not always clear how to conceptualise a given situation. But there are still outstanding questions. One in particular is especially prominent in the regulation of economic activity. This is the question of whether a State or entity has the right, under international law, to regulate activities indirectly, as a condition of the application of a regulation to a different activity that the State has a right to regulate; for example, conditions for tendering for a State’s contract under that State’s public procurement rules, as discussed by Sanchez-Graells and Corvaglia and Li, or conditions for selling a product in the regulating State’s territory.2 The question becomes even more pertinent when, as is the case for the EU, the regulatory entity imposes upon itself duties to act in accordance with such a supposed right, as, in their respective contributions, Berkes and Gammage show the EU has done in Articles 3 and 21 of the Treaty on European Union.

As indicated, this question is most easily answered – at least in theory – when there is a consensual basis for either a right or a duty to regulate (either directly or indirectly) activities in the territories of other States. The problem is identifying the basis for that consent. So, for example, the human rights clauses in the EU’s trade and cooperation agreements discussed in the contributions of Berkes and Gammage impose an obligation on the parties to comply with specified human rights norms in their territories, and this obligation creates a corollary right in the other State to react to any violation of this obligation. But this right is limited, both procedurally and substantively. It is not clear, for example, that it would permit the parties to impose conditions on public procurement contracts based on human rights obligations applicable to the other party. And the same applies to other suggested bases for consent; for example, general international human rights law. Again, it may be that States have certain rights to act in relation to human rights in the territories of other States; but that does not mean that they have every right to regulate, directly or indirectly, activities in those territories with an impact on human rights. The contours of these rights are still very much in flux. On the other hand, at least WTO law is taking a liberal approach to indirect regulation of extraterritorial activities. So long as a WTO Member’s measure is primarily concerned with domestic regulation, and provided that it is adopted to protect public morals or to protect a right to ensure that consumers are properly informed about products, it does not matter that the public morals themselves (EC – Seal Products)3 or the consumer information (US – Tuna II (Mexico))4 relate to activities occurring in the territories of other states.

Then there is another question: beyond a right, does a State (or the EU) have any international obligation to regulate activities occurring in the territories of other States in relation to human rights violations? And, if it does, can a distinction be drawn between direct and indirect regulation, and can a separate distinction be drawn between an obligation to respect, protect or ensure the fulfilment of human rights in that other territory? This is a question that is squarely addressed by Berkes, who shows that this, again, is an area that is a great deal of flux. The UN treaty monitoring bodies have for some time been pushing their respective treaties rather far in this direction; in contrast, courts and tribunals, and States parties to those treaties, by and large take a more reserved approach. It is an area to watch. But it is also an area that does not exist in isolation from the rest of the corpus of public international law. In an excellent contribution in this Special Issue, Ryngaert and Fransen take a close look at a recent case in which a court has struck out an international agreement on human rights grounds: the Frente Polisario decision of the EU Court of Justice.5 Ryngaert and Fransen show, compellingly, that other international obligations also come into play, namely those related to occupation and non-recognition of illegal occupations, and that it was a mistake of the Court to have neglected these equally fundamental norms in its decision.

The editors and contributors to this Special Issue deserve congratulations for having put together such a compendium of high-quality research on an intriguing, fast-moving and – above all – difficult set of issues. The extent to which and means by which States (and the EU) do, should and are permitted to care what takes place outside of their territorial jurisdictions is constantly evolving. And it is work such as this that shows what is at stake for those who have the primary responsibility for this evolution.

The author declares no conflicts of interest with this work.

This is an open access article distributed under the terms of the Creative Commons Attribution License (CC BY) 4.0 https://creativecommons.org/licenses/by/4.0/, which permits unrestricted use, distribution and reproduction in any medium, provided the original author and source are credited • DOI: https://doi.org/10.14324/111.444.ewlj.2018.08.