Effect of Action Verbs on the Performance of a Complex Movement 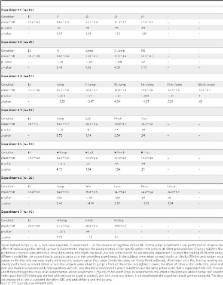 The interaction between language and motor action has been approached by studying the effect of action verbs, kinaesthetic imagery and mental subtraction upon the performance of a complex movement, the squat vertical jump (SVJ). The time of flight gave the value of the height of the SVJ and was measured with an Optojump® and a Myotest® apparatuses. The results obtained by the effects of the cognitive stimuli showed a statistically significant improvement of the SVJ performance after either loudly or silently pronouncing, hearing or reading the verb saute ( jump in French language). Action verbs specific for other motor actions ( pince =  pinch, lèche =  lick) or non-specific ( bouge =  move) showed no or little effect. A meaningless verb for the French subjects ( tiáo =  jump in Chinese) showed no effect as did rêve ( dream), tombe ( fall) and stop. The verb gagne ( win) improved significantly the SVJ height, as did its antonym perds ( lose) suggesting a possible influence of affects in the subjects’ performance. The effect of the specific action verb jump upon the heights of SVJ was similar to that obtained after kinaesthetic imagery and after mental subtraction of two digits numbers from three digits ones; possibly, in the latter, because of the intervention of language in calculus. It appears that the effects of the specific action verb jump did seem effective but not totally exclusive for the enhancement of the SVJ performance. The results imply an interaction among language and motor brain areas in the performance of a complex movement resulting in a clear specificity of the corresponding action verb. The effect upon performance may probably be influenced by the subjects’ intention, increased attention and emotion produced by cognitive stimuli among which action verbs.

S Dehaene,  P Pinel,  S Tsivkin … (1999)
Does the human capacity for mathematical intuition depend on linguistic competence or on visuo-spatial representations? A series of behavioral and brain-imaging experiments provides evidence for both sources. Exact arithmetic is acquired in a language-specific format, transfers poorly to a different language or to novel facts, and recruits networks involved in word-association processes. In contrast, approximate arithmetic shows language independence, relies on a sense of numerical magnitudes, and recruits bilateral areas of the parietal lobes involved in visuo-spatial processing. Mathematical intuition may emerge from the interplay of these brain systems.

Elysia Davis,  Claudia Buss,  L. Tugan Muftuler … (2011)
Disruptions to brain development associated with shortened gestation place individuals at risk for the development of behavioral and psychological dysfunction throughout the lifespan. The purpose of the present study was to determine if the benefit for brain development conferred by increased gestational length exists on a continuum across the gestational age spectrum among healthy children with a stable neonatal course. Neurodevelopment was evaluated with structural magnetic resonance imaging in 100 healthy right-handed 6- to 10-year-old children born between 28 and 41 gestational weeks with a stable neonatal course. Data indicate that a longer gestational period confers an advantage for neurodevelopment. Longer duration of gestation was associated with region-specific increases in gray matter density. Further, the benefit of longer gestation for brain development was present even when only children born full term were considered. These findings demonstrate that even modest decreases in the duration of gestation can exert profound and lasting effects on neurodevelopment for both term and preterm infants and may contribute to long-term risk for health and disease.

Daniela Perani,  Giovanni Buccino,  Paola Scifo … (2005)
Observing actions made by others activates the cortical circuits responsible for the planning and execution of those same actions. This observation-execution matching system (mirror-neuron system) is thought to play an important role in the understanding of actions made by others. In an fMRI experiment, we tested whether this system also becomes active during the processing of action-related sentences. Participants listened to sentences describing actions performed with the mouth, the hand, or the leg. Abstract sentences of comparable syntactic structure were used as control stimuli. The results showed that listening to action-related sentences activates a left fronto-parieto-temporal network that includes the pars opercularis of the inferior frontal gyrus (Broca's area), those sectors of the premotor cortex where the actions described are motorically coded, as well as the inferior parietal lobule, the intraparietal sulcus, and the posterior middle temporal gyrus. These data provide the first direct evidence that listening to sentences that describe actions engages the visuomotor circuits which subserve action execution and observation.

These authors have no support or funding to report.