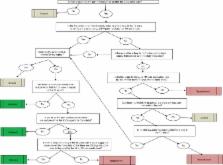 To develop a claims-based algorithm for identifying patients who are adherent versus nonadherent to published guidelines for chronic pain management.

This novel algorithm used real-world pharmacotherapy treatment patterns to evaluate adherence to pain management guidelines in five chronic pain conditions. Findings suggest that one-third to one-half of patients are managed according to guidelines. This method may have valuable applications for health care payers and providers analyzing treatment guideline adherence.

British Society for Rheumatology and British Health Professionals in Rheumatology guideline for the management of gout.

A comparison of comorbidity measurements to predict healthcare expenditures.

Medication adherence in patients with chronic non-malignant pain: is there a problem?

S Broekmans,  S Vanderschueren,  Koen Milisen … (2009)
Health care providers, treating patients with chronic non-malignant pain, often experience that medication is not as effective as expected. It is important to realize that the effectiveness of a pharmacological treatment can be influenced by the way the medication is taken. Medication adherence is a topic that gains more attention, especially in chronic conditions, because it affects treatment outcome. A systematic review of studies on medication adherence in patients with chronic non-malignant pain was performed to gain insight in the prevalence of the problem, the impact on treatment outcome, influencing variables and interventions. Searching several electronic databases (Medline, CINAHL, Psychinfo and Cochrane), 14 relevant articles were found. The results indicate that medication non-adherence is common in patients with chronic non-malignant pain. Both overuse and underuse of medication occurs. However, due to the scarce literature and important methodological limitations, it is not possible to make firm conclusions concerning the impact on outcome, influencing variables and optimal intervention strategies. This review highlights some important gaps in the adherence literature in a chronic non-malignant pain population and sets the stage for future research.