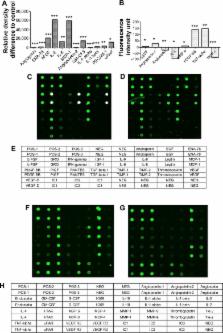 Marlyn J. Mayo,  Douglas A. Monks,  D Fine … (1988)
For the past 30 years strategies for the preclinical discovery and development of potential anticancer agents have been based largely upon the testing of agents in mice bearing transplantable leukemias and solid tumors derived from a limited number of murine as well as human sources. The feasibility of implementing an alternate approach, namely combined in vitro/in vivo screening for selective cytotoxicity among panels of human tumor cell lines derived from a broad spectrum of human solid tumors is under investigation. A group of 30 cell lines acquired from a variety of sources and representing 8 lung cancer pathologies as well as 76 cell lines representing 10 other categories of human cancer (carcinomas of colon, breast, kidney, prostate, ovary, head and neck; glioma; leukemia; melanoma; and sarcoma) have exhibited acceptable growth characteristics and suitable colorimetric profiles in a single, standard culture medium. Measurements of in vitro growth in microculture wells by cell-mediated reduction of tetrazolium showed excellent correlation (0.89 less than r2 less than 0.98) with measurements of cellular protein in adherent cell line cultures as well as viable cell count in suspension cell line cultures (0.94 less than r2 less than 0.99). Since the microculture tetrazolium assay provides sensitive and reproducible indices of growth as well as drug sensitivity in individual cell lines over the course of multiple passages and several months' cultivation, it appears suitable for initial-stage in vitro drug screening.

The vascular anatomy of the developing zebrafish: an atlas of embryonic and early larval development.

Sumio Isogai,  Masaharu Horiguchi,  Brant Weinstein (2001)
We have used confocal microangiography to examine and describe the vascular anatomy of the developing zebrafish, Danio rerio. This method and the profound optical clarity of zebrafish embryos make it possible to view the entire developing vasculature with unprecedented resolution. A staged series of three-dimensional images of the vascular system were collected beginning shortly after the onset of circulation at 1 day postfertilization through early- to midlarval stages at approximately 7 days postfertilization. Blood vessels in every region of the animal were imaged at each stage, and detailed "wiring patterns" were derived describing the interconnections between every major vessel. We present an overview of these data here in this paper and in an accompanying Web site "The interactive atlas of zebrafish vascular anatomy" online at (http://eclipse.nichd.nih.gov/nichd/lmg/redirect.html). We find a highly dynamic but also highly stereotypic pattern of vascular connections, with different sets of primitive embryonic vessels severing connections and rewiring in new configurations according to a reproducible plan. We also find that despite variation in the details of the vascular anatomy, the basic vascular plan of the developing zebrafish shows strong similarity to that of other vertebrates. This atlas will provide an invaluable foundation for future genetic and experimental studies of vascular development in the zebrafish.

Ernesta Fagiani,  Gerhard Christofori (2013)
Tie-1 and Tie-2 tyrosine kinase receptors are expressed specifically on vascular endothelial cells and on a certain subtype of macrophages implicated in angiogenesis, thus, they have been a major focus of angiogenesis research. Tie-1 and Tie-2 are essential for vascular maturation during developmental, physiological and pathological angiogenesis. Angiopoietin 1-4 (Ang-1-4) have been identified as bona fide ligands of the Tie-2 receptor, while Tie-1 remains an orphan receptor which is able to heterodimerize with Tie-2 and to modulate Tie-2 signal transduction. The most exhaustively studied angiopoietins are Ang-1 and Ang-2. Ang-1 is a critical player in vessel maturation and it mediates migration, adhesion and survival of endothelial cells. Ang-2 disrupts the connections between the endothelium and perivascular cells and promotes cell death and vascular regression. Yet, in conjunction with VEGF, Ang-2 promotes neo-vascularization. Hence, angiopoietins exert crucial roles in the angiogenic switch during tumor progression, and increased expression of Ang-2 relative to Ang-1 in tumors correlates with poor prognosis. Its central role in the regulation of physiological and pathological angiogenesis makes the angiopoietin/Tie signaling pathway a therapeutically attractive target for the treatment of vascular disease and cancer. Copyright © 2012 Elsevier Ireland Ltd. All rights reserved.