Update on the treatment of disseminated fusariosis: Focus on voriconazole 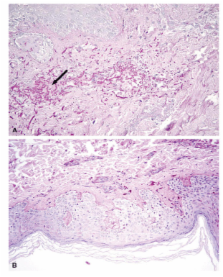 Invasive fungal infections are a major cause of morbidity and mortality in immunocompromised patients, such as subjects with hematological malignancies and patients who underwent to hematopoietic stem cell transplantation (HSCT) or solid organ transplantation (SOT). Fusarium spp. cause a broad spectrum of infections in humans. Immunologically competent hosts show mainly localized skin infections, whereas disseminated fusariosis occurs almost exclusively in immunocompromised patients. Fusarium spp. are resistant to many antifungal agents with equivocal in vitro and in vivo susceptibility to amphotericin B. Voriconazole (VRC) is a triazole shown to be safe, well tolerated, and in vitro efficacious against Fusarium spp. Although clinical experience is limited, many case reports have shown the efficacy of VRC in the treatment of fusariosis.

Kieren A. Marr,  F Crippa,  Anna Wald … (2002)
Reports have focused on the emergence of moulds as pathogens in recipients of hematopoietic stem cell transplants. To review the incidence of and risks for mould infections, we examined the records of 5589 patients who underwent hematopoietic stem cell transplantation at the Fred Hutchinson Cancer Research Center (Seattle) from 1985 through 1999. After 1992, the incidence of invasive aspergillosis increased in allograft recipients and remained high through the 1990s. Infections with non-fumigatus Aspergillus species, Fusarium species, and Zygomycetes increased during the late 1990s, especially in patients who received multiple transplants. Although infection caused by Scedosporium species was common in patients who had neutropenia, infection caused by Zygomycetes typically occurred later after transplantation, when patients had graft-versus-host disease. The overall 1-year survival rate was equally poor (similar20%) for all patients with mould infections. The results of the present study demonstrate the changing epidemiology of mould infections, emphasizing the increasing importance of amphotericin B--resistant organisms and the differences in risks and outcome of infection with different filamentous fungi.

P Nelson,  M Dignani,  E. J. Anaissie (1994)
There are several taxonomic systems available for identifying Fusarium species. The philosophy used in each taxonomic system is discussed as well as problems encountered in working with Fusarium species in culture. Fusarium species are toxigenic, and the mycotoxins produced by these organisms are often associated with animal and human diseases. The implications for the association of the carcinogens, fumonisins, produced by Fusarium moniliforme and other Fusarium species with human diseases are discussed. Foreign-body-associated fusarial infection such as keratitis in contact lens wearers, onychomycosis, skin infections, and disseminated multiorgan infections are discussed. Disseminated fusarial hyalohyphomycosis has emerged as a significant, usually fatal infection in the immunocompromised host. Successful outcome is determined by the degree of immunosuppression, the extent of the infection, and the presence of a removable focus such as an indwelling central venous catheter. These infections may be clinically suspected on the basis of a constellation of clinical and laboratory findings, which should lead to prompt therapy, probably with one of the newer antifungal agents. Perhaps the use of such agents or the use of colony-stimulating factors may improve the outcome of this devastating infection. However, until new approaches for treatment develop, effective preventive measures are urgently needed.

Efficacy and safety of voriconazole in the treatment of acute invasive aspergillosis.

Raoul Herbrecht,  Noël Milpied,  Markus Ruhnke … (2002)
To evaluate the efficacy and safety of voriconazole in acute invasive aspergillosis (IA), an open, noncomparative multicenter study was conducted. Immunocompromised patients with IA were treated with intravenously administered voriconazole 6 mg/kg twice a day (b.i.d.) twice and then 3 mg/kg b.i.d. for 6-27 days, followed by 200 mg b.i.d. administered orally for up to 24 weeks. Response was assessed by clinical and radiographic change. A total of 116 patients were assessable. IA was proven in 48 (41%) and probable in 68 patients. Voriconazole was given as primary therapy in 60 (52%). Good responses were seen in 56 (48%); 16 (14%) showed complete response and 40 (34%) partial response. A stable response was seen in 24 patients (21%), and 36 (31%) of the infections failed to respond to therapy. Good responses were seen in 60% of those with pulmonary or tracheobronchial IA (n=84), 16% with cerebral IA (n=19), 58% with hematologic disorders (n=67), and 26% of allogeneic stem cell transplant recipients (n=23). Voriconazole is efficacious in treating acute IA.