Differentiating between regulation and hunting as conservation interventions 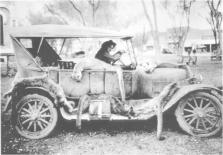 Strong Inference: Certain systematic methods of scientific thinking may produce much more rapid progress than others.

The need for evidence-based conservation.

William J. Sutherland,  Andrew S. Pullin,  Paul M. Dolman … (2004)
Much of current conservation practice is based upon anecdote and myth rather than upon the systematic appraisal of the evidence, including experience of others who have tackled the same problem. We suggest that this is a major problem for conservationists and requires a rethinking of the manner in which conservation operates. There is an urgent need for mechanisms that review available information and make recommendations to practitioners. We suggest a format for web-based databases that could provide the required information in accessible form.