Development and Validation of a Smartphone Addiction Scale (SAS) 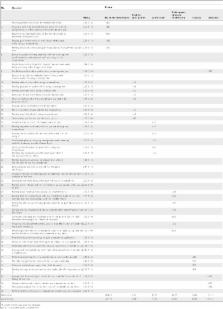 A total of 197 participants were selected from Nov. 2011 to Jan. 2012 to accomplish a set of questionnaires, including SAS, K-scale, modified Kimberly Young Internet addiction test (Y-scale), visual analogue scale (VAS), and substance dependence and abuse diagnosis of DSM-IV. There were 64 males and 133 females, with ages ranging from 18 to 53 years (M = 26.06; SD = 5.96). Factor analysis, internal-consistency test, t-test, ANOVA, and correlation analysis were conducted to verify the reliability and validity of SAS.

Based on the factor analysis results, the subscale “disturbance of reality testing” was removed, and six factors were left. The internal consistency and concurrent validity of SAS were verified (Cronbach's alpha = 0.967). SAS and its subscales were significantly correlated with K-scale and Y-scale. The VAS of each factor also showed a significant correlation with each subscale. In addition, differences were found in the job (p<0.05), education (p<0.05), and self-reported smartphone addiction scores (p<0.001) in SAS.

This study developed the first scale of the smartphone addiction aspect of the diagnostic manual. This scale was proven to be relatively reliable and valid.

'Behavioral' addictions: do they exist?

Martha Shaw,  C. W. Black (2007)
Internet addiction is characterized by excessive or poorly controlled preoccupations, urges or behaviours regarding computer use and internet access that lead to impairment or distress. The condition has attracted increasing attention in the popular media and among researchers, and this attention has paralleled the growth in computer (and Internet) access. Prevalence estimates vary widely, although a recent random telephone survey of the general US population reported an estimate of 0.3-0.7%. The disorder occurs worldwide, but mainly in countries where computer access and technology are widespread. Clinical samples and a majority of relevant surveys report a male preponderance. Onset is reported to occur in the late 20s or early 30s age group, and there is often a lag of a decade or more from initial to problematic computer usage. Internet addiction has been associated with dimensionally measured depression and indicators of social isolation. Psychiatric co-morbidity is common, particularly mood, anxiety, impulse control and substance use disorders. Aetiology is unknown, but probably involves psychological, neurobiological and cultural factors. There are no evidence-based treatments for internet addiction. Cognitive behavioural approaches may be helpful. There is no proven role for psychotropic medication. Marital and family therapy may help in selected cases, and online self-help books and tapes are available. Lastly, a self-imposed ban on computer use and Internet access may be necessary in some cases.

The study was supported by a grant of the Korean Health Technology R&D Project, Ministry of Health and Welfare, Republic of Korea (A120157). The funders had no role in study design, data collection and analysis, decision to publish, or preparation of the manuscript.