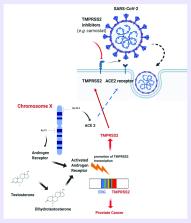 Hao Xu,  Liang Zhong,  Jiaxin Deng … (2020)
It has been reported that ACE2 is the main host cell receptor of 2019-nCoV and plays a crucial role in the entry of virus into the cell to cause the final infection. To investigate the potential route of 2019-nCov infection on the mucosa of oral cavity, bulk RNA-seq profiles from two public databases including The Cancer Genome Atlas (TCGA) and Functional Annotation of The Mammalian Genome Cap Analysis of Gene Expression (FANTOM5 CAGE) dataset were collected. RNA-seq profiling data of 13 organ types with para-carcinoma normal tissues from TCGA and 14 organ types with normal tissues from FANTOM5 CAGE were analyzed in order to explore and validate the expression of ACE2 on the mucosa of oral cavity. Further, single-cell transcriptomes from an independent data generated in-house were used to identify and confirm the ACE2-expressing cell composition and proportion in oral cavity. The results demonstrated that the ACE2 expressed on the mucosa of oral cavity. Interestingly, this receptor was highly enriched in epithelial cells of tongue. Preliminarily, those findings have explained the basic mechanism that the oral cavity is a potentially high risk for 2019-nCoV infectious susceptibility and provided a piece of evidence for the future prevention strategy in dental clinical practice as well as daily life.

This work is licensed under the Creative Commons Attribution 4.0 License