A New Arbiter PUF for Enhancing Unpredictability on FPGA 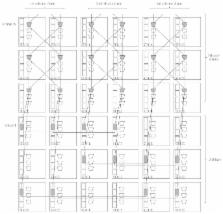 N. Gershenfeld,  Hanu R. Pappu,  Mark Taylor … (2002)
Modern cryptographic practice rests on the use of one-way functions, which are easy to evaluate but difficult to invert. Unfortunately, commonly used one-way functions are either based on unproven conjectures or have known vulnerabilities. We show that instead of relying on number theory, the mesoscopic physics of coherent transport through a disordered medium can be used to allocate and authenticate unique identifiers by physically reducing the medium's microstructure to a fixed-length string of binary digits. These physical one-way functions are inexpensive to fabricate, prohibitively difficult to duplicate, admit no compact mathematical representation, and are intrinsically tamper-resistant. We provide an authentication protocol based on the enormous address space that is a principal characteristic of physical one-way functions.

FPGA Intrinsic PUFs and Their Use for IP Protection