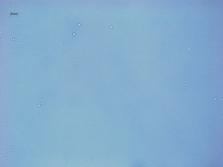 Non-particulate steroids can form crystals upon combination with local anesthetics. Crystal formation may be caused by alkalinization of steroids. The mixing of ropivacaine or levobupivacaine and betamethasone sodium phosphate may require caution during an epidural steroid injection. Lidocaine or bupivacaine is recommended as a local anesthetic. Dexamethasone palmitate is a candidate for a mixture, but additional studies on its safety and effectiveness are needed.

Robert Tiso,  Thomas Cutler,  Joseph Catania … (2015)
Selective transforaminal epidural injections are frequently employed in the treatment of pain emanating from the spine. Complication rates are typically low and include paresthesia, hematoma, epidural abscess, meningitis, arachnoiditis and inadvertent subdural or subarachnoid injection. Persistent paraplegia after lumbar transforaminal block has been recently reported. Undetected intra-arterial injection has been implicated as a possible cause. We present a case of massive cerebellar infarction after uneventful selective cervical transforaminal block. Intra-arterial injection of corticosteroid is implicated with focus on particulate size of compound versus blood vessel dimension. Light microscopic data are presented to confirm the potential for embolic vascular occlusion. Case report; light microscopic data. A patient underwent selective transforaminal block on the right at the C5-C6 level. There was C5-C6 disc herniation documented by magnetic resonance imaging and C6 radiculopathy by electromyographic studies. Patient follow-up from medical office records. Needle placement at the C5-C6 foramen on the right was confirmed by biplanar fluoroscopy and injection of contrast medium. Frequent heme-negative aspirations were documented. In this patient, quadriparesis ensued shortly after injection of corticosteroid solution. The patient was admitted to the neurosurgical intensive care unit and ultimately underwent brainstem decompressive surgery when focal neurologic deficits became evident. Working diagnosis was massive cerebellar infarct. Light microscopic data are presented to illustrate particulate size in corticosteroid solutions and potential for embolic microvascular occlusion. Corticosteroid suspensions (and to a lesser extent solutions) contain large particles capable of occluding metarterioles and arterioles. We present a case of quadriparesis and brainstem herniation after selective cervical transforaminal block. We propose a potential role for corticosteroid particulate embolus during unintended intra-arterial injection as a potential mechanism.