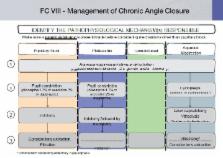 Journal: The British Journal of Ophthalmology

Racial variations in the prevalence of primary open-angle glaucoma. The Baltimore Eye Survey.