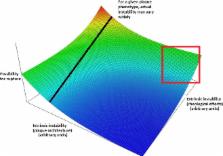 Coronary calcium as a predictor of coronary events in four racial or ethnic groups.

From vulnerable plaque to vulnerable patient: a call for new definitions and risk assessment strategies: Part I.

Morteza Naghavi, Peter Libby, Erling Falk … (2003)
Atherosclerotic cardiovascular disease results in >19 million deaths annually, and coronary heart disease accounts for the majority of this toll. Despite major advances in treatment of coronary heart disease patients, a large number of victims of the disease who are apparently healthy die suddenly without prior symptoms. Available screening and diagnostic methods are insufficient to identify the victims before the event occurs. The recognition of the role of the vulnerable plaque has opened new avenues of opportunity in the field of cardiovascular medicine. This consensus document concludes the following. (1) Rupture-prone plaques are not the only vulnerable plaques. All types of atherosclerotic plaques with high likelihood of thrombotic complications and rapid progression should be considered as vulnerable plaques. We propose a classification for clinical as well as pathological evaluation of vulnerable plaques. (2) Vulnerable plaques are not the only culprit factors for the development of acute coronary syndromes, myocardial infarction, and sudden cardiac death. Vulnerable blood (prone to thrombosis) and vulnerable myocardium (prone to fatal arrhythmia) play an important role in the outcome. Therefore, the term "vulnerable patient" may be more appropriate and is proposed now for the identification of subjects with high likelihood of developing cardiac events in the near future. (3) A quantitative method for cumulative risk assessment of vulnerable patients needs to be developed that may include variables based on plaque, blood, and myocardial vulnerability. In Part I of this consensus document, we cover the new definition of vulnerable plaque and its relationship with vulnerable patients. Part II of this consensus document focuses on vulnerable blood and vulnerable myocardium and provide an outline of overall risk assessment of vulnerable patients. Parts I and II are meant to provide a general consensus and overviews the new field of vulnerable patient. Recently developed assays (eg, C-reactive protein), imaging techniques (eg, CT and MRI), noninvasive electrophysiological tests (for vulnerable myocardium), and emerging catheters (to localize and characterize vulnerable plaque) in combination with future genomic and proteomic techniques will guide us in the search for vulnerable patients. It will also lead to the development and deployment of new therapies and ultimately to reduce the incidence of acute coronary syndromes and sudden cardiac death. We encourage healthcare policy makers to promote translational research for screening and treatment of vulnerable patients.