The origins of cannabis smoking: Chemical residue evidence from the first millennium BCE in the Pamirs 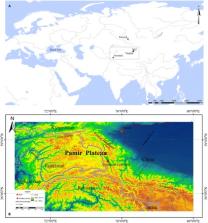 Cannabis is one of the oldest cultivated plants in East Asia, grown for grain and fiber as well as for recreational, medical, and ritual purposes. It is one of the most widely used psychoactive drugs in the world today, but little is known about its early psychoactive use or when plants under cultivation evolved the phenotypical trait of increased specialized compound production. The archaeological evidence for ritualized consumption of cannabis is limited and contentious. Here, we present some of the earliest directly dated and scientifically verified evidence for ritual cannabis smoking. This phytochemical analysis indicates that cannabis plants were burned in wooden braziers during mortuary ceremonies at the Jirzankal Cemetery (ca. 500 BCE) in the eastern Pamirs region. This suggests cannabis was smoked as part of ritual and/or religious activities in western China by at least 2500 years ago and that the cannabis plants produced high levels of psychoactive compounds.

Chemical constituents of marijuana: the complex mixture of natural cannabinoids.

Jennifer Slade,  Mahmoud Elsohly (2005)
The cannabis plant (Cannabis sativa L.) and products thereof (such as marijuana, hashish and hash oil) have a long history of use both as a medicinal agent and intoxicant. Over the last few years there have been an active debate regarding the medicinal aspects of cannabis. Currently cannabis products are classified as Schedule I drugs under the Drug Enforcement Administration (DEA) Controlled Substances act, which means that the drug is only available for human use as an investigational drug. In addition to the social aspects of the use of the drug and its abuse potential, the issue of approving it as a medicine is further complicated by the complexity of the chemical make up of the plant. This manuscript discusses the chemical constituents of the plant with particular emphasis on the cannabinoids as the class of compounds responsible for the drug's psychological properties.

Evolution of the Cannabinoid and Terpene Content during the Growth of Cannabis sativa Plants from Different Chemotypes.

Oier Aizpurua-Olaizola,  Umut Soydaner,  Ekin Öztürk … (2016)
The evolution of major cannabinoids and terpenes during the growth of Cannabis sativa plants was studied. In this work, seven different plants were selected: three each from chemotypes I and III and one from chemotype II. Fifty clones of each mother plant were grown indoors under controlled conditions. Every week, three plants from each variety were cut and dried, and the leaves and flowers were analyzed separately. Eight major cannabinoids were analyzed via HPLC-DAD, and 28 terpenes were quantified using GC-FID and verified via GC-MS. The chemotypes of the plants, as defined by the tetrahydrocannabinolic acid/cannabidiolic acid (THCA/CBDA) ratio, were clear from the beginning and stable during growth. The concentrations of the major cannabinoids and terpenes were determined, and different patterns were found among the chemotypes. In particular, the plants from chemotypes II and III needed more time to reach peak production of THCA, CBDA, and monoterpenes. Differences in the cannabigerolic acid development among the different chemotypes and between monoterpene and sesquiterpene evolution patterns were also observed. Plants of different chemotypes were clearly differentiated by their terpene content, and characteristic terpenes of each chemotype were identified.

Evolution and Classification of Cannabis sativa (Marijuana, Hemp) in Relation to Human Utilization