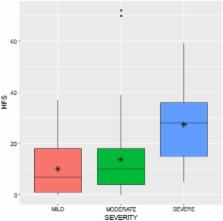 Recent large randomized controlled trials highlighted the clinical significance of hypoglycemic episodes in the treatment of diabetes. The present survey was conducted to provide information from real-life practice on the incidence of hypoglycemia in type 2 diabetic patients treated with sulfonylureas.

This multicenter, observational, cross-sectional study collected data on incidence of side effects of sulfonylurea-based therapy in type 2 diabetic patients in four countries of the Balkan region (Slovenia, Croatia, Serbia, Bulgaria) from October 2014 to June 2015.

D. J. Cox,  Brittany Irvine,  L Gonder-Frederick … (2015)
Hypoglycemia can lead to various aversive symptomatic, affective, cognitive, physiological, and social consequences, which in turn can lead to the development of possible phobic avoidance behaviors associated with hypoglycemia. On the other hand, some patients may inappropriately deny or disregard warning signs of hypoglycemia. This study presents preliminary reliability and validity data on a psychometric instrument designed to quantify this fear: the hypoglycemic fear survey. The instrument was found to have internal consistency and test-retest stability, to covary with elevated glycosylated hemoglobin, and to be sensitive to a behavioral treatment program designed to increase awareness of hypoglycemia.

Hypoglycaemic symptoms, treatment satisfaction, adherence and their associations with glycaemic goal in patients with type 2 diabetes mellitus: findings from the Real-Life Effectiveness and Care Patterns of Diabetes Management (RECAP-DM) Study.

The impact of hypoglycaemia on quality of life and related patient-reported outcomes in Type 2 diabetes: a narrative review.

J Speight,  H Singh,  S Barendse … (2012)
As a common side effect of insulin treatment for diabetes, hypoglycaemia is a constant threat and can have far-reaching and potentially devastating consequences, including immediate physical injury as well as more pervasive cognitive, behavioural and emotional effects. Moreover, as a significant limiting factor in achieving optimal glycaemic control, exposure to hypoglycaemia can influence diabetes self-management. Although hypoglycaemia is known to occur in Type 2 diabetes, its morbidity and impact on the individual are not well recognized. The aim of the current review is to examine published evidence to achieve a synthesis of the scope and significance of the potential detriment caused by hypoglycaemia to individuals with Type 2 diabetes. The implications of these observations for treatment and research have also been considered. A narrative review was performed of empirical papers published in English since 1966, reporting the effect of hypoglycaemia on quality of life and related outcomes (including generic and diabetes-specific quality of life, emotional well-being and health utilities) in Type 2 diabetes. Research demonstrates the potential impact of hypoglycaemia on the lives of people with Type 2 diabetes, from an association with depressive symptoms and heightened anxiety, to impairment of the ability to drive, work and function in ways that are important for quality of life. Few studies consider hypoglycaemia as an explanatory variable in combination with quality of life or related primary endpoints. As a consequence, there is a pressing need for high-quality research into the overall impact of hypoglycaemia on the lives of people with Type 2 diabetes. © 2011 The Authors. Diabetic Medicine © 2011 Diabetes UK.

Funded by: Merck Sharp and Dohme