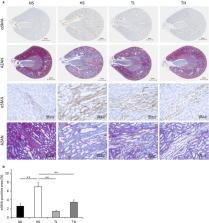 Phosphodiesterase 5 inhibitors are widely used to treat erectile dysfunction and lower urinary tract symptoms with benign prostatic hyperplasia. Recent studies have indicated the renoprotective effects of this class of compounds. Whether renoprotection depends on blood pressure reduction remains controversial. In this study, we investigated the renoprotective effects of the phosphodiesterase 5 inhibitor, tadalafil, in a rat model of high‐salt induced kidney injury with hypertension. Dahl salt‐sensitive rats were fed a normal diet, high‐salt (8% sodium chloride) diet, or high‐salt diet with oral administration of either low‐ or high‐dose tadalafil (1 and 10 mg kg −1 day −1, respectively). Serum creatinine, urinary protein, and blood pressure were measured at baseline and after 8 weeks, at which point the rats were examined for glomerular injury and fibrosis. PAI1 mRNA levels were also evaluated. After 8 weeks, blood pressure, serum creatinine, and urinary protein levels were significantly higher in the high‐salt group than those in the normal‐salt group. Serum creatinine and urinary protein were significantly lower in both tadalafil groups than those in the high‐salt group, while only high‐dose tadalafil affected blood pressure. In addition, glomerulosclerosis and α‐smooth muscle actin expression significantly decreased in both tadalafil treatment groups. PAI1 mRNA increased significantly in the high‐salt group but decreased in both tadalafil‐treated groups. Our results indicated that both low‐ and high‐dose tadalafil prevented fibrosis and glomerular injury in a chronic kidney disease rat model. Mechanistically, these effects may be associated with PAI1 expression and glomerular structure protection.

A PDE5 inhibitor, Tadalafil is renoprotective by preventing glomerular injury and fibrosis from high blood pressure. This study suggest that Inhibition of PDE5 might be effective to delay the CKD progression.

Erwin R. Schmidt,  Gordon Baylis (2000)
A deficiency of the endogenous vasodilator nitric oxide (NO) has been implicated as a potential cause of hypertension in chronic renal disease (CRD) patients. This study was conducted to determine whether 24-hour NOX (NO2 and NO3) excretion (a qualitative index of total NO production) is reduced in patients with CRD. Measurements were made in 13 CRD patients and 9 normotensive healthy controls after 48 hours on a controlled low-NOX diet. Urine was collected over the second 24-hour period for analysis of 24-hour NOX, and cGMP and blood drawn at the completion. Plasma levels of arginine (the substrate for endogenous renal NO synthesis), citrulline (substrate for renal arginine synthesis), and the endogenous NO synthesis inhibitor asymmetrical dimethylarginine (ADMA) and its inert isomer and symmetrical dimethylarginine (SDMA) were also determined. Systolic blood pressure was higher in CRD patients (12 of whom were already on antihypertensive therapy) than in controls (P < 0.05). Twenty-four-hour urinary NOX excretion was low in CRD patients compared with controls despite similar dietary NO intake, suggesting that net endogenous NO production is decreased in renal disease. In contrast, the 24-hour urinary cGMP did not correlate with UNOXV. Plasma citrulline was increased in CRD patients, possibly reflecting reduced conversion of citrulline to arginine. Plasma arginine was not different, and plasma ADMA levels were elevated in CRD versus controls, changes that would tend to lower NO synthase. These results suggest that NO production is low in CRD patients and may contribute to hypertension and disease progression in CRD.