Interactions between physicians and the pharmaceutical industry generally and sales representatives specifically and their association with physicians’ attitudes and prescribing habits: a systematic review 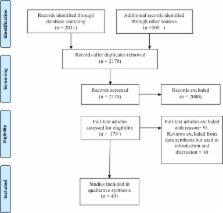 The objective of this review is to explore interactions between physicians and the pharmaceutical industry including sales representatives and their impact on physicians’ attitude and prescribing habits.

Physician–pharmaceutical industry and its sales representative’s interactions and acceptance of gifts from the company’s PSRs have been found to affect physicians’ prescribing behaviour and are likely to contribute to irrational prescribing of the company’s drug. Therefore, intervention in the form of policy implementation and education about the implications of these interactions is needed.

Physicians and the pharmaceutical industry: is a gift ever just a gift?

A Wazana (2000)
Controversy exists over the fact that physicians have regular contact with the pharmaceutical industry and its sales representatives, who spend a large sum of money each year promoting to them by way of gifts, free meals, travel subsidies, sponsored teachings, and symposia. To identify the extent of and attitudes toward the relationship between physicians and the pharmaceutical industry and its representatives and its impact on the knowledge, attitudes, and behavior of physicians. A MEDLINE search was conducted for English-language articles published from 1994 to present, with review of reference lists from retrieved articles; in addition, an Internet database was searched and 5 key informants were interviewed. A total of 538 studies that provided data on any of the study questions were targeted for retrieval, 29 of which were included in the analysis. Data were extracted by 1 author. Articles using an analytic design were considered to be of higher methodological quality. Physician interactions with pharmaceutical representatives were generally endorsed, began in medical school, and continued at a rate of about 4 times per month. Meetings with pharmaceutical representatives were associated with requests by physicians for adding the drugs to the hospital formulary and changes in prescribing practice. Drug company-sponsored continuing medical education (CME) preferentially highlighted the sponsor's drug(s) compared with other CME programs. Attending sponsored CME events and accepting funding for travel or lodging for educational symposia were associated with increased prescription rates of the sponsor's medication. Attending presentations given by pharmaceutical representative speakers was also associated with nonrational prescribing. The present extent of physician-industry interactions appears to affect prescribing and professional behavior and should be further addressed at the level of policy and education.

Colette DeJong, Thomas Aguilar, Chien-Wen Tseng … (2016)
The association between industry payments to physicians and prescribing rates of the brand-name medications that are being promoted is controversial. In the United States, industry payment data and Medicare prescribing records recently became publicly available.

Information from Pharmaceutical Companies and the Quality, Quantity, and Cost of Physicians' Prescribing: A Systematic Review