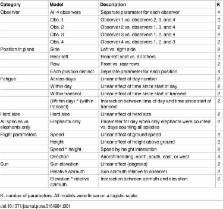 Accurate counts of animals are critical for prioritizing conservation efforts. Past research, however, suggests that observers on aerial surveys may fail to detect all individuals of the target species present in the survey area. Such errors could bias population estimates low and confound trend estimation. We used two approaches to assess the accuracy of aerial surveys for African savanna elephants ( Loxodonta africana) in northern Botswana. First, we used double-observer sampling, in which two observers make observations on the same herds, to estimate detectability of elephants and determine what variables affect it. Second, we compared total counts, a complete survey of the entire study area, against sample counts, in which only a portion of the study area is sampled. Total counts are often considered a complete census, so comparing total counts against sample counts can help to determine if sample counts are underestimating elephant numbers. We estimated that observers detected only 76% ± SE of 2% of elephant herds and 87 ± 1% of individual elephants present in survey strips. Detectability increased strongly with elephant herd size. Out of the four observers used in total, one observer had a lower detection probability than the other three, and detectability was higher in the rear row of seats than the front. The habitat immediately adjacent to animals also affected detectability, with detection more likely in more open habitats. Total counts were not statistically distinguishable from sample counts. Because, however, the double-observer samples revealed that observers missed 13% of elephants, we conclude that total counts may be undercounting elephants as well. These results suggest that elephant population estimates from both sample and total counts are biased low. Because factors such as observer and habitat affected detectability of elephants, comparisons of elephant populations across time or space may be confounded. We encourage survey teams to incorporate detectability analysis in all aerial surveys for mammals.

Cristina Banks-Leite,  Renata Pardini,  Danilo Boscolo … (2014)
1. In recent years, there has been a fast development of models that adjust for imperfect detection. These models have revolutionized the analysis of field data, and their use has repeatedly demonstrated the importance of sampling design and data quality. There are, however, several practical limitations associated with the use of detectability models which restrict their relevance to tropical conservation science. 2. We outline the main advantages of detectability models, before examining their limitations associated with their applicability to the analysis of tropical communities, rare species and large-scale data sets. Finally, we discuss whether detection probability needs to be controlled before and/or after data collection. 3. Models that adjust for imperfect detection allow ecologists to assess data quality by estimating uncertainty and to obtain adjusted ecological estimates of populations and communities. Importantly, these models have allowed informed decisions to be made about the conservation and management of target species. 4. Data requirements for obtaining unadjusted estimates are substantially lower than for detectability-adjusted estimates, which require relatively high detection/recapture probabilities and a number of repeated surveys at each location. These requirements can be difficult to meet in large-scale environmental studies where high levels of spatial replication are needed, or in the tropics where communities are composed of many naturally rare species. However, while imperfect detection can only be adjusted statistically, covariates of detection probability can also be controlled through study design. Using three study cases where we controlled for covariates of detection probability through sampling design, we show that the variation in unadjusted ecological estimates from nearly 100 species was qualitatively the same as that obtained from adjusted estimates. Finally, we discuss that the decision as to whether one should control for covariates of detection probability through study design or statistical analyses should be dependent on study objectives. 5. Synthesis and applications. Models that adjust for imperfect detection are an important part of an ecologist's toolkit, but they should not be uniformly adopted in all studies. Ecologists should never let the constraints of models dictate which questions should be pursued or how the data should be analysed, and detectability models are no exception. We argue for pluralism in scientific methods, particularly where cost-effective applied ecological science is needed to inform conservation policy at a range of different scales and in many different systems.

E. L. Kalies,  B. G. Dickson,  C. Chambers … (2012)
In western North American conifer forests, wildfires are increasing in frequency and severity due to heavy fuel loads that have accumulated after a century of fire suppression. Forest restoration treatments (e.g., thinning and/or burning) are being designed and implemented at large spatial and temporal scales in an effort to reduce fire risk and restore forest structure and function. In ponderosa pine (Pinus ponderosa) forests, predominantly open forest structure and a frequent, low-severity fire regime constituted the evolutionary environment for wildlife that persisted for thousands of years. Small mammals are important in forest ecosystems as prey and in affecting primary production and decomposition. During 2006-2009, we trapped eight species of small mammals at 294 sites in northern Arizona and used occupancy modeling to determine community responses to thinning and habitat features. The most important covariates in predicting small mammal occupancy were understory vegetation cover, large snags, and treatment. Our analysis identified two generalist species found at relatively high occupancy rates across all sites, four open-forest species that responded positively to treatment, and two dense-forest species that responded negatively to treatment unless specific habitat features were retained. Our results indicate that all eight small mammal species can benefit from restoration treatments, particularly if aspects of their evolutionary environment (e.g., large trees, snags, woody debris) are restored. The occupancy modeling approach we used resulted in precise species-level estimates of occupancy in response to habitat attributes for a greater number of small mammal species than in other comparable studies. We recommend our approach for other studies faced with high variability and broad spatial and temporal scales in assessing impacts of treatments or habitat alteration on wildlife species. Moreover, since forest planning efforts are increasingly focusing on progressively larger treatment implementation, better and more efficiently obtained ecological information is needed to inform these efforts.

Funded by: Paul G. Allen
Award Recipient : Michael J. Chase
The study was funded by Paul G. Allen as part of the Great Elephant Census. The funder had no role in study design, data collection and analysis, decision to publish, or preparation of the manuscript.