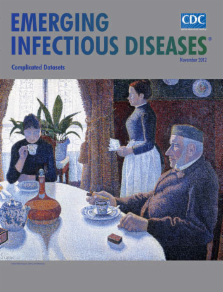 Jennifer Huang,  Benjamin Bristow,  Shira Shafir … (2012)
Coccidioidomycosis is a fungal disease that occurs throughout the Americas. It is contracted by inhaling spores, which are carried in dust. Therefore, it occurs most commonly in dry areas and in persons who work in dusty conditions (such as agricultural workers, construction workers, military personnel, and archeological site workers). A substantial number of people die of this disease each year, so researchers examined what other factors increase the risk for death. They found that risk for death was highest among men, elderly persons (>65 years), Hispanics, Native Americans, residents of California and Arizona, and those who also had HIV or other immune-suppressive conditions. Physicians should be aware of which patients are at increased risk and should ask patients about their travel history or occupation to determine possible sources of exposure.