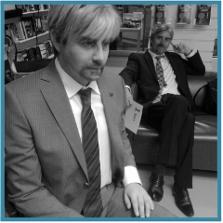 Robots intended for social contexts are often designed with explicit humanlike attributes in order to facilitate their reception by (and communication with) people. However, observation of an “uncanny valley”—a phenomenon in which highly humanlike entities provoke aversion in human observers—has lead some to caution against this practice. Both of these contrasting perspectives on the anthropomorphic design of social robots find some support in empirical investigations to date. Yet, owing to outstanding empirical limitations and theoretical disputes, the uncanny valley and its implications for human-robot interaction remains poorly understood. We thus explored the relationship between human similarity and people's aversion toward humanlike robots via manipulation of the agents' appearances. To that end, we employed a picture-viewing task ( N agents = 60) to conduct an experimental test ( N participants = 72) of the uncanny valley's existence and the visual features that cause certain humanlike robots to be unnerving. Across the levels of human similarity, we further manipulated agent appearance on two dimensions, typicality (prototypic, atypical, and ambiguous) and agent identity (robot, person), and measured participants' aversion using both subjective and behavioral indices. Our findings were as follows: (1) Further substantiating its existence, the data show a clear and consistent uncanny valley in the current design space of humanoid robots. (2) Both category ambiguity, and more so, atypicalities provoke aversive responding, thus shedding light on the visual factors that drive people's discomfort. (3) Use of the Negative Attitudes toward Robots Scale did not reveal any significant relationships between people's pre-existing attitudes toward humanlike robots and their aversive responding—suggesting positive exposure and/or additional experience with robots is unlikely to affect the occurrence of an uncanny valley effect in humanoid robotics. This work furthers our understanding of both the uncanny valley, as well as the visual factors that contribute to an agent's uncanniness.

Anthropomorphism and the social robot

The thing that should not be: predictive coding and the uncanny valley in perceiving human and humanoid robot actions

Ayse Pinar Saygin,  Thierry Chaminade,  Hiroshi Ishiguro … (2011)
Using functional magnetic resonance imaging (fMRI) repetition suppression, we explored the selectivity of the human action perception system (APS), which consists of temporal, parietal and frontal areas, for the appearance and/or motion of the perceived agent. Participants watched body movements of a human (biological appearance and movement), a robot (mechanical appearance and movement) or an android (biological appearance, mechanical movement). With the exception of extrastriate body area, which showed more suppression for human like appearance, the APS was not selective for appearance or motion per se. Instead, distinctive responses were found to the mismatch between appearance and motion: whereas suppression effects for the human and robot were similar to each other, they were stronger for the android, notably in bilateral anterior intraparietal sulcus, a key node in the APS. These results could reflect increased prediction error as the brain negotiates an agent that appears human, but does not move biologically, and help explain the ‘uncanny valley’ phenomenon.

This article was submitted to Human-Media Interaction, a section of the journal Frontiers in Psychology