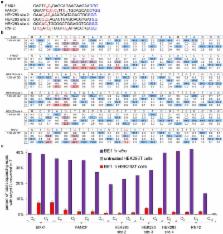 Current genome-editing technologies introduce double-stranded (ds) DNA breaks at a target locus as the first step to gene correction. 1, 2 Although most genetic diseases arise from point mutations, current approaches to point mutation correction are inefficient and typically induce an abundance of random insertions and deletions (indels) at the target locus from the cellular response to dsDNA breaks. 1, 2 Here we report the development of base editing, a new approach to genome editing that enables the direct, irreversible conversion of one target DNA base into another in a programmable manner, without requiring dsDNA backbone cleavage or a donor template. We engineered fusions of CRISPR/Cas9 and a cytidine deaminase enzyme that retain the ability to be programmed with a guide RNA, do not induce dsDNA breaks, and mediate the direct conversion of cytidine to uridine, thereby effecting a C→T (or G→A) substitution. The resulting “base editors” convert cytidines within a window of approximately five nucleotides (nt), and can efficiently correct a variety of point mutations relevant to human disease. In four transformed human and murine cell lines, second- and third-generation base editors that fuse uracil glycosylase inhibitor (UGI), and that use a Cas9 nickase targeting the non-edited strand, manipulate the cellular DNA repair response to favor desired base-editing outcomes, resulting in permanent correction of ∼15-75% of total cellular DNA with minimal (typically ≤ 1%) indel formation. Base editing expands the scope and efficiency of genome editing of point mutations.

The role of apolipoprotein E in Alzheimer's disease.

Jungsu Kim,  Jacob Basak,  David Holtzman (2009)
The epsilon4 allele of apolipoprotein E (APOE) is the major genetic risk factor for Alzheimer's disease (AD). Although there have been numerous studies attempting to elucidate the underlying mechanism for this increased risk, how apoE4 influences AD onset and progression has yet to be proven. However, prevailing evidence suggests that the differential effects of apoE isoforms on Abeta aggregation and clearance play the major role in AD pathogenesis. Other potential mechanisms, such as the differential modulation of neurotoxicity and tau phosphorylation by apoE isoforms as well as its role in synaptic plasticity and neuroinflammation, have not been ruled out. Inconsistent results among studies have made it difficult to define whether the APOE epsilon4 allele represents a gain of toxic function, a loss of neuroprotective function, or both. Therapeutic strategies based on apoE propose to reduce the toxic effects of apoE4 or to restore the physiological, protective functions of apoE.

Efficient Delivery of Genome-Editing Proteins In Vitro and In Vivo

Cem Kuscu,  Sevki Arslan,  Ritambhara Singh … (2014)
RNA-guided genome editing with the CRISPR-Cas9 system has great potential for basic and clinical research, but the determinants of targeting specificity and the extent of off-target cleavage remain insufficiently understood. Using chromatin immunoprecipitation and high-throughput sequencing (ChIP-seq), we mapped genome-wide binding sites of catalytically inactive Cas9 (dCas9) in HEK293T cells, in combination with 12 different single guide RNAs (sgRNAs). The number of off-target sites bound by dCas9 varied from ∼10 to >1,000 depending on the sgRNA. Analysis of off-target binding sites showed the importance of the PAM-proximal region of the sgRNA guiding sequence and that dCas9 binding sites are enriched in open chromatin regions. When targeted with catalytically active Cas9, some off-target binding sites had indels above background levels in a region around the ChIP-seq peak, but generally at lower rates than the on-target sites. Our results elucidate major determinants of Cas9 targeting, and we show that ChIP-seq allows unbiased detection of Cas9 binding sites genome-wide.

[* ]Correspondence should be addressed to David R. Liu: drliu@ 123456fas.harvard.edu