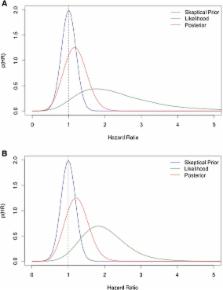 The efficacy of thymectomy in patients with non-thymomatous Myasthenia Gravis (MG) is still unclear. Main limitations have been variable outcome definitions, lack of a control group and adjustment for confounding.

To study the efficacy of thymectomy in achieving remission or minimal manifestation (R/MM) status in patients with non-thymomatous MG.

Patients with generalized MG and minimum follow-up of 6 months were included. Demographic data and treatments were recorded, as well as the MGFA post-intervention status at the last visit. Propensity scores were used to create a matched cohort of treated and untreated patients. Standard and Bayesian Cox models were used to study treatment effects.

When controlling for potential confounders, thymectomized patients had a higher probability of achieving R/MM status through time compared to controls. This study provides class III evidence of the efficacy of thymectomy in non-thymomatous myasthenia gravis.

A comparison of the ability of different propensity score models to balance measured variables between treated and untreated subjects: a Monte Carlo study.

Indications for propensity scores and review of their use in pharmacoepidemiology.

Judith R Glynn,  Sebastian Schneeweiss,  Til Stürmer (2006)
Use of propensity scores to identify and control for confounding in observational studies that relate medications to outcomes has increased substantially in recent years. However, it remains unclear whether, and if so when, use of propensity scores provides estimates of drug effects that are less biased than those obtained from conventional multivariate models. In the great majority of published studies that have used both approaches, estimated effects from propensity score and regression methods have been similar. Simulation studies further suggest comparable performance of the two approaches in many settings. We discuss five reasons that favour use of propensity scores: the value of focus on indications for drug use; optimal matching strategies from alternative designs; improved control of confounding with scarce outcomes; ability to identify interactions between propensity of treatment and drug effects on outcomes; and correction for unobserved confounders via propensity score calibration. We describe alternative approaches to estimate and implement propensity scores and the limitations of the C-statistic for evaluation. Use of propensity scores will not correct biases from unmeasured confounders, but can aid in understanding determinants of drug use and lead to improved estimates of drug effects in some settings.