The Asia-Pacific Regional Audit-Epidemiology, Costs, and Burden of Osteoporosis in India 2013: A report of International Osteoporosis Foundation 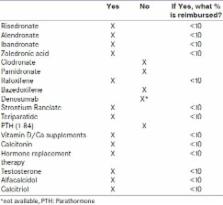 A Mithal,  N. Malhotra (2008)
Osteoporosis is characterized by low bone mass with micro architectural deterioration of bone tissue leading to enhance bone fragility, thus increasing the susceptibility to fracture. Although exact numbers are not available, based on available data and clinical experience, on estimated 25 million Indians may be affected. Osteoporotic fractures in India occur commonly in both sexes, and may occur at a younger age than in the West. Recently published data have clearly demonstrated widespread vitamin D deficiency across India, at all ages and in both sexes, particularly in the urban areas. Poor sunlight exposure, skin pigmentation and a vitamin D-deficient diet are some obvious causes for this finding. Indians have low BMD as compared to the western Caucasians. This could be attributed to differences in skeletal size; however, the high prevalence of vitamin D deficiency is a major factor in the low BMD and poor bone health of Indians. Healthy lifestyle (diet, exercise and sunlight exposure) can have a major positive impact on the bone metabolism and bone health of Indians. These public health measures are recommended for the population at large as they are efficacious, safe and cost-effective. The peak bone mass of the population can be increased significantly by appropriate and timely intervention in children. Pharmacological interventions are expensive and should therefore be targeted to only those at high risk of fractures.

Bone status of Indian women from a low-income group and its relationship to the nutritional status.

K Rani,  N. A. P. Kiran Kumar,  Bharati Kulkarni … (2005)
Indian women from low-income groups consume diets that have inadequate calcium coupled with too few calories, proteins and micronutrients. Hospital-based data suggest that these women have osteoporotic hip fractures at a much earlier age than Western women. Studies reporting bone parameters of the Indian population involving large sample sizes are not available. This study was therefore carried out with 289 women in the 30-60-year age group to estimate the prevalence of osteoporosis and measure the bone parameters by dual energy X-ray absorptiometry (DXA). Their mean (+/- SD) age was 41.0+/-8.60 years. Their mean (+/- SD) height, weight and body mass index (BMI) were 149.1+/-5.49 cm, 49.2+/-9.85 kg and 22.1+/-3.99, respectively. Dietary intake of calcium was estimated to be 270+/-57 mg/day. The prevalence of osteoporosis at the femoral neck was around 29%. Bone mineral density (BMD) and T scores at all the skeletal sites were much lower than the values reported from the developed countries and were indicative of a high prevalence of osteopenia and osteoporosis. BMD showed a decline after the age of 35 years in cases of the lumbar spine and femoral neck. This was largely due to a decrease of bone mineral content (BMC). The nutritional status of women appears to be an important determinant of bone parameters. BMD and BMC at all the skeletal sites and whole body increased significantly with increasing body weight and BMI of women (P<0.05). However, bone area (BA) did not change with an increase in BMI. In the multiple regression analysis, apart from body weight, age, menopause and calcium intake were the other important determinants of BMD (P<0.05). In addition to these, height was also an important determinant of WB-BMC. This study highlights the urgent need for measures to improve the nutritional status, dietary calcium intake and thus the bone health of this population.