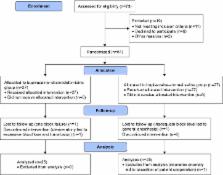 Shivering is among the common troublesome complications of spinal anesthesia (SA), and causes discomfort and discontentment in parturients undergoing cesarean sections (CSs). The aim of this study was to investigate the effects of intrathecal dexmedetomidine in the prevention of shivering in those who underwent CS under SA.

We conclude that intrathecal dexmedetomidine is effective in lowering the incidence and intensity of shivering in parturients undergoing CSs under SA without major adverse effects.

Reduction in the incidence of shivering with perioperative dexmedetomidine: A randomized prospective study

Sukhminder Jit Singh Bajwa,  Sachin Gupta,  Jasbir Kaur … (2012)
Background and Aims: Shivering is distressing to the patient and discomforting to the attending anesthesiologist, with a varying degree of success. Various drugs and regimens have been employed to abolish the occurrence of shivering. The present study aims to explore the effectiveness of dexmedetomidine in suppressing the postanesthetic shivering in patients undergoing general anesthesia. Materials and Methods: The present study was carried out on 80 patients, in American Society of Anesthesiologists I and II, aged 22–59 years, who underwent general anesthesia for laparoscopic surgical procedures. Patients were allocated randomly into two groups: group N (n = 40) and group D (n = 40). Group D were administered 1 μg/kg of dexmedetomidine intravenously, while group N received similar volume of saline during peri-op period. Cardiorespiratory parameters were observed and recorded during the preop, intraop, and postop periods. Any incidence of postop shivering was observed and recorded as per 4 point scale. Side effects were also observed, recorded, and treated symptomatically. Statistical analysis was carried out using statistical package for social sciences (SPSS) version 15.0 for windows and employing ANOVA and chi-square test with post-hoc comparisons with Bonferroni's correction. Results: The two groups were comparable regarding demographic profile (P > 0.05). Incidence of shivering in group N was 42.5%, which was statistically highly significant (P = 0.014). Heart rate and mean arterial pressure also showed significant variation clinically and statistically in group D patients during the postop period (P = 0.008 and 0.012). A high incidence of sedation (P = 0.000) and dry mouth (P = 0.000) was observed in group D, whereas the incidence of nausea and vomiting was higher in group N (P = 0.011 and 0.034). Conclusions: Dexmedetomidine seems to possess antishivering properties and was found to reduce the occurrence of shivering in patients undergoing general anesthesia.

A comparison of tramadol, amitriptyline, and meperidine for postepidural anesthetic shivering in parturients.