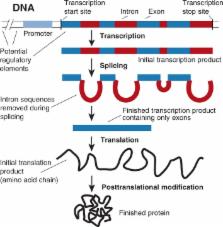 The primary enzymes involved in alcohol metabolism are alcohol dehydrogenase (ADH) and aldehyde dehydrogenase (ALDH). Both enzymes occur in several forms that are encoded by different genes; moreover, there are variants (i.e., alleles) of some of these genes that encode enzymes with different characteristics and which have different ethnic distributions. Which ADH or ALDH alleles a person carries influence his or her level of alcohol consumption and risk of alcoholism. Researchers to date primarily have studied coding variants in the ADH1B, ADH1C, and ALDH2 genes that are associated with altered kinetic properties of the resulting enzymes. For example, certain ADH1B and ADH1C alleles encode particularly active ADH enzymes, resulting in more rapid conversion of alcohol (i.e., ethanol) to acetaldehyde; these alleles have a protective effect on the risk of alcoholism. A variant of the ALDH2 gene encodes an essentially inactive ALDH enzyme, resulting in acetaldehyde accumulation and a protective effect. It is becoming clear that noncoding variants in both ADH and ALDH genes also may influence alcohol metabolism and, consequently, alcoholism risk; the specific nature and effects of these variants still need further study.

Alvin Matsumoto,  Min You,  D Crabb … (2004)
Alcohol dehydrogenase (ADH) and mitochondrial aldehyde dehydrogenase (ALDH2) are responsible for metabolizing the bulk of ethanol consumed as part of the diet and their activities contribute to the rate of ethanol elimination from the blood. They are expressed at highest levels in liver, but at lower levels in many tissues. This pathway probably evolved as a detoxification mechanism for environmental alcohols. However, with the consumption of large amounts of ethanol, the oxidation of ethanol can become a major energy source and, particularly in the liver, interferes with the metabolism of other nutrients. Polymorphic variants of the genes for these enzymes encode enzymes with altered kinetic properties. The pathophysiological effects of these variants may be mediated by accumulation of acetaldehyde; high-activity ADH variants are predicted to increase the rate of acetaldehyde generation, while the low-activity ALDH2 variant is associated with an inability to metabolize this compound. The effects of acetaldehyde may be expressed either in the cells generating it, or by delivery of acetaldehyde to various tissues by the bloodstream or even saliva. Inheritance of the high-activity ADH beta2, encoded by the ADH2*2 gene, and the inactive ALDH2*2 gene product have been conclusively associated with reduced risk of alcoholism. This association is influenced by gene-environment interactions, such as religion and national origin. The variants have also been studied for association with alcoholic liver disease, cancer, fetal alcohol syndrome, CVD, gout, asthma and clearance of xenobiotics. The strongest correlations found to date have been those between the ALDH2*2 allele and cancers of the oro-pharynx and oesophagus. It will be important to replicate other interesting associations between these variants and other cancers and heart disease, and to determine the biochemical mechanisms underlying the associations.

H Edenberg,  Philip K T Li,  W Bosron … (1988)
Many Orientals lack the mitochondrial aldehyde dehydrogenase (ALDH2) activity responsible for the oxidation of acetaldehyde produced during ethanol metabolism. These individuals suffer the alcohol-flush reaction when they drink alcoholic beverages. The alcohol-flush reaction is the result of excessive acetaldehyde accumulation, and the unpleasant symptoms tend to reduce alcohol consumption. The subunit of this homotetrameric enzyme was sequenced and the abnormality in the inactive enzyme shown to be a substitution of lysine for glutamate at position 487. We have used the polymerase chain reaction to determine the genotypes of 24 livers from Japanese individuals. Correlating genotype with phenotype leads to the conclusion that the allele (ALDH2(2)) encoding the abnormal subunit is dominant.

A global perspective on genetic variation at the ADH genes reveals unusual patterns of linkage disequilibrium and diversity.

Ru-Band Lu,  Leslie Schulz,  Andrew Pakstis … (2002)
Variants of different Class I alcohol dehydrogenase (ADH) genes have been shown to be associated with an effect that is protective against alcoholism. Previous work from our laboratory has shown that the two sites showing the association are in linkage disequilibrium and has identified the ADH1B Arg47His site as causative, with the ADH1C Ile349Val site showing association only because of the disequilibrium. Here, we describe an initial study of the nature of linkage disequilibrium and genetic variation, in population samples from different regions of the world, in a larger segment of the ADH cluster (including the three Class I ADH genes and ADH7). Linkage disequilibrium across approximately 40 kb of the Class I ADH cluster is moderate to strong in all population samples that we studied. We observed nominally significant pairwise linkage disequilibrium, in some populations, between the ADH7 site and some Class I ADH sites, at moderate values and at a molecular distance as great as 100 kb. Our data indicate (1) that most ADH-alcoholism association studies have failed to consider many sites in the ADH cluster that may harbor etiologically significant alleles and (2) that the relevance of the various ADH sites will be population dependent. Some individual sites in the Class I ADH cluster show Fst values that are among the highest seen among several dozen unlinked sites that were studied in the same subset of populations. The high Fst values can be attributed to the discrepant frequencies of specific alleles in eastern Asia relative to those in other regions of the world. These alleles are part of a single haplotype that exists at high (>65%) frequency only in the eastern-Asian samples. It seems unlikely that this haplotype, which is rare or unobserved in other populations, reached such high frequency because of random genetic drift alone.

Unless otherwise noted in the text, all material appearing in this journal is in the public domain and may be reproduced without permission. Citation of the source is appreciated.