Cervical sagittal alignment as a predictor of adjacent-level ossification development 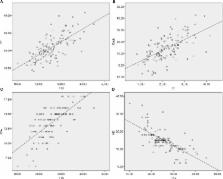 Because of its advantages, anterior cervical plating systems have been used as the classic surgical method in the treatment of patients with cervical disc herniation. However, the proximity (<5 mm) of the plate to the adjacent disc space has proven to be a critical risk factor for ALOD. How cervical sagittal alignment influences the development of ALOD is unknown and its role in ALOD needs clarification.

Maintaining a lordotic cervical sagittal alignment was related to a lower risk of ALOD and improved clinical outcomes.

The treatment of certain cervical-spine disorders by anterior removal of the intervertebral disc and interbody fusion.

J Martin Leland,  Alan Hilibrand,  Alexander Vaccaro … (2003)
This retrospective, questionnaire-based investigation evaluated iliac crest bone graft (ICBG) site morbidity in patients having undergone a single-level anterior cervical discectomy and fusion (ACDF) procedure performed by a single surgeon (T.J.A.). To evaluate acute and chronic problems associated with anterior ICBG donation, particularly long-term functional outcomes and impairments caused by graft donation. Anterior cervical discectomy and fusion procedures frequently use autologous anterior ICBG to facilitate osseous union. Although autologous ICBG offers several advantages over alternative grafting materials, donor site morbidity can be significant. Acute and chronic complications of donor sites have been reported, yet there are currently no reports of long-term functional outcomes after autologous anterior ICBG donation after single-level ACDF. A questionnaire was mailed to 187 consecutive patients who were retrospectively identified to have undergone autologous anterior ICBG harvest for single-level ACDF between 1994 and 1998. The questionnaire divided items into symptomatic (acute and chronic) and functional assessments. Patients answered yes, no, or not applicable; pain was assessed with a Visual Analogue Scale (VAS). Surveys were completed either by mail or follow-up telephone interview by 134 patients (71.6%). Average follow-up was 48 months (range, 24-72 months). Acute symptoms were reported at the following rates: ambulation difficulty, 50.7%; extended antibiotic usage, 7.5%; persistent drainage, 3.7%; wound dehiscence, 2.2%; and incision and drainage, 1.5%. The chronic symptom questionnaire demonstrated a high degree of satisfaction with the cosmetic result (92.5%). Pain at the donor site was reported by 26.1% of patients with a mean VAS score of 3.8 in 10, and 11.2% chronically use pain medication. Twenty-one patients (15.7%) reported abnormal sensations at the donor site, but only 5.2% reported discomfort with clothing. A unique functional assessment revealed current impairments at the following rates: ambulation, 12.7%; recreational activities, 11.9%; work activities, 9.7%; activities of daily living, 8.2%; sexual activity, 7.5%; and household chores, 6.7%. A large percentage of patients report chronic donor site pain after anterior ICBG donation, even when only a single-level ACDF procedure is performed. Moreover, long-term functional impairment can also be significant. Patients should be counseled regarding these potential problems, and alternative sources of graft material should be considered.

Kyphotic malalignment after anterior cervical fusion is one of the factors promoting the degenerative process in adjacent intervertebral levels.

Y Saruhashi,  A Katsuura,  K Mori … (2001)
The aim of this study was to determine whether postoperative malalignment of the cervical spine after anterior interbody fusion surgery promotes degenerative changes in the neighboring intervertebral discs. Forty-two patients who underwent anterior interbody fusion surgery for cervical spondylosis and disc herniation (34 men, 8 women) were followed for an average of 9.8 years. The average age at surgery was 50.2 years. Twenty-three patients underwent a single-level fusion, 17 underwent two-level fusion, and 2 had three levels fused. The Japanese Orthopaedic Association cervical myelopathy score, with a normal score 17 points, was 11.7 before surgery and 14.9 at follow-up. Neurological status was significantly improved postoperatively, and the improvement was preserved thereafter in most cases (paired t-test, P<0.001). Degenerative changes were evident on radiological examination in the levels adjacent to the fused segment in 21 of the 42 (50%) patients. Eight of these 21 patients demonstrated neurological deterioration caused by an adjacent disc lesion. A total of 43% of the patients with adjacent-level degeneration had malalignment of the cervical spine, such as kyphosis or sigmoid curvature. In addition, degenerative change in adjacent intervertebral levels was observed in 77% of kyphoses of the fused segment. These were statistically significant (Fisher exact method, P<0.05, P<0.04, respectively). Our findings suggest that one of the factors promoting degenerative change in adjacent intervertebral levels after anterior cervical fusion for degenerative disorders is postoperative kyphotic change in the cervical spine and the fused segment.