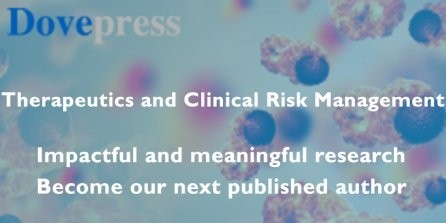 This international, peer-reviewed Open Access journal by Dove Medical Press focuses on reporting of clinical studies, outcomes and safety in all therapeutic areas and surgical interventions areas. Sign up for email alerts here.

Factors affecting therapeutic compliance: A review from the patient’s perspective 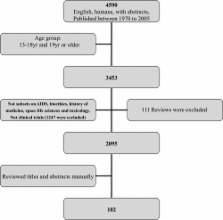 To explore and evaluate the most common factors causing therapeutic non-compliance.

A qualitative review was undertaken by a literature search of the Medline database from 1970 to 2005 to identify studies evaluating the factors contributing to therapeutic non-compliance.

A total of 102 articles was retrieved and used in the review from the 2095 articles identified by the literature review process. From the literature review, it would appear that the definition of therapeutic compliance is adequately resolved. The preliminary evaluation revealed a number of factors that contributed to therapeutic non-compliance. These factors could be categorized to patient-centered factors, therapy-related factors, social and economic factors, healthcare system factors, and disease factors. For some of these factors, the impact on compliance was not unequivocal, but for other factors, the impact was inconsistent and contradictory.

There are numerous studies on therapeutic noncompliance over the years. The factors related to compliance may be better categorized as “soft” and “hard” factors as the approach in countering their effects may differ. The review also highlights that the interaction of the various factors has not been studied systematically. Future studies need to address this interaction issue, as this may be crucial to reducing the level of non-compliance in general, and to enhancing the possibility of achieving the desired healthcare outcomes.

Social support and patient adherence to medical treatment: a meta-analysis.

M Robin DiMatteo (2004)
In a review of the literature from 1948 to 2001, 122 studies were found that correlated structural or functional social support with patient adherence to medical regimens. Meta-analyses establish significant average r-effect sizes between adherence and practical, emotional, and unidimensional social support; family cohesiveness and conflict; marital status; and living arrangement of adults. Substantive and methodological variables moderate these effects. Practical support bears the highest correlation with adherence. Adherence is 1.74 times higher in patients from cohesive families and 1.53 times lower in patients from families in conflict. Marital status and living with another person (for adults) increase adherence modestly. A research agenda is recommended to further examine mediators of the relationship between social support and health.

I Rosenstock, V. Strecher, M H Becker (1988)
The Health Belief Model, social learning theory (recently relabelled social cognitive theory), self-efficacy, and locus of control have all been applied with varying success to problems of explaining, predicting, and influencing behavior. Yet, there is conceptual confusion among researchers and practitioners about the interrelationships of these theories and variables. This article attempts to show how these explanatory factors may be related, and in so doing, posits a revised explanatory model which incorporates self-efficacy into the Health Belief Model. Specifically, self-efficacy is proposed as a separate independent variable along with the traditional health belief variables of perceived susceptibility, severity, benefits, and barriers. Incentive to behave (health motivation) is also a component of the model. Locus of control is not included explicitly because it is believed to be incorporated within other elements of the model. It is predicted that the new formulation will more fully account for health-related behavior than did earlier formulations, and will suggest more effective behavioral interventions than have hitherto been available to health educators.