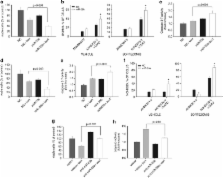 MicroRNAs (miRNAs) with tumor-suppressor potential might have therapeutic applications in multiple myeloma (MM) through the modulation of still undiscovered molecular pathways. Here, we investigated the effects of enforced expression of miR-29b on the apoptotic occurrence in MM and highlighted its role in the context of a new transcriptional loop that is finely tuned by the proteasome inhibitor bortezomib. In details, in vitro growth inhibition and apoptosis of MM cells was induced by either transient expression of synthetic miR-29b or its stable lentivirus-enforced expression. We identified Sp1, a transcription factor endowed with oncogenic activity, as a negative regulator of miR-29b expression in MM cells. Since Sp1 expression and functions are regulated via the 26S proteasome, we investigated the effects of bortezomib on miR-29b-Sp1 loop, showing that miR-29b levels were indeed upregulated by the drug. At the same time, the bortezomib/miR-29b combination produced significant pro-apoptotic effects. We also demonstrated that the PI3K/AKT pathway plays a major role in the regulation of miR-29b-Sp1 loop and induction of apoptosis in MM cells. Finally, MM xenografts constitutively expressing miR-29b showed significant reduction of their tumorigenic potential. Our findings indicate that miR-29b is involved in a regulatory loop amenable of pharmacologic intervention and modulates the anti-MM activity of bortezomib in MM cells.

Jace W. Jones,  Lindsay B. Lewis,  David Bartel … (2003)
MicroRNAs (miRNAs) can play important gene regulatory roles in nematodes, insects, and plants by basepairing to mRNAs to specify posttranscriptional repression of these messages. However, the mRNAs regulated by vertebrate miRNAs are all unknown. Here we predict more than 400 regulatory target genes for the conserved vertebrate miRNAs by identifying mRNAs with conserved pairing to the 5' region of the miRNA and evaluating the number and quality of these complementary sites. Rigorous tests using shuffled miRNA controls supported a majority of these predictions, with the fraction of false positives estimated at 31% for targets identified in human, mouse, and rat and 22% for targets identified in pufferfish as well as mammals. Eleven predicted targets (out of 15 tested) were supported experimentally using a HeLa cell reporter system. The predicted regulatory targets of mammalian miRNAs were enriched for genes involved in transcriptional regulation but also encompassed an unexpectedly broad range of other functions.

Ahmedin Jemal,  Ram C Tiwari,  Taylor Murray … (2015)
Each year, the American Cancer Society estimates the number of new cancer cases and deaths expected in the United States in the current year and compiles the most recent data on cancer incidence, mortality, and survival rates based on incidence data from the National Cancer Institute and mortality data from the National Center for Health Statistics. Incidence and mortality rates are age standardized to the 2000 US standard million population. A total of 1,368,030 new cancer cases and 563,700 deaths are expected in the United States in 2004. Incidence rates stabilized among men from 1995 through 2000 but continued to increase among females by 0.4% per year from 1987 through 2000. Mortality rates have decreased by 1.5% per year since 1992 among men, but have stabilized from 1998 through 2000 among women. Cancer death rates continued to decrease from the three major cancer sites in men (lung and bronchus, colon and rectum, and prostate) and from female breast and colorectal cancers in women. In analyses by race and ethnicity, African-American men and women have 40% and 20% higher death rates from all cancers combined compared with White men and women, respectively. Cancer incidence and mortality rates are lower in other racial and ethnic groups than in Whites and African Americans for all sites combined and for the four major cancer sites. However, these groups generally have higher rates for stomach, liver, and cervical cancers than do Whites. Furthermore, minority populations are more likely to be diagnosed with advanced stage disease than are Whites. Progress in reducing the burden from cancer can be accelerated by applying existing cancer control knowledge into practice among all segments of the population.

John Tsang,  Alexander van Oudenaarden,  Jun Zhu (2007)
MicroRNAs (miRNAs) are regulatory molecules that participate in diverse biological processes in animals and plants. While thousands of mammalian genes are potentially targeted by miRNAs, the functions of miRNAs in the context of gene networks are not well understood. Specifically, it is unknown whether miRNA-containing networks have recurrent circuit motifs, as has been observed in regulatory networks of bacteria and yeast. Here we develop a computational method that utilizes gene expression data to show that two classes of circuits-corresponding to positive and negative transcriptional coregulation of a miRNA and its targets-are prevalent in the human and mouse genomes. Additionally, we find that neuronal-enriched miRNAs tend to be coexpressed with their target genes, suggesting that these miRNAs could be involved in neuronal homeostasis. Our results strongly suggest that coordinated transcriptional and miRNA-mediated regulation is a recurrent motif to enhance the robustness of gene regulation in mammalian genomes.