The Gradience of Multilingualism in Typical and Impaired Language Development: Positioning Bilectalism within Comparative Bilingualism 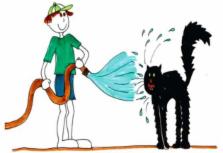 A multitude of factors characterizes bi- and multilingual compared to monolingual language acquisition. Two of the most prominent viewpoints have recently been put in perspective and enriched by a third (Tsimpli, 2014): age of onset of children's exposure to their native languages, the role of the input they receive, and the timing in monolingual first language development of the phenomena examined in bi- and multilingual children's performance. This article picks up a fourth potential factor (Grohmann, 2014b): language proximity, that is, the closeness between the two or more grammars a multilingual child acquires. It is a first attempt to flesh out the proposed gradient scale of multilingualism within the approach dubbed “comparative bilingualism.” The empirical part of this project comes from three types of research: (i) the acquisition and subsequent development of pronominal object clitic placement in two closely related varieties of Greek by bilectal, binational, bilingual, and multilingual children; (ii) the performance on executive control tasks by monolingual, bilectal, and bi- or multilingual children; and (iii) the role of comparative bilingualism in children with a developmental language impairment for both the diagnosis and subsequent treatment as well as the possible avoidance or weakening of how language impairment presents.

The Nature and Organization of Individual Differences in Executive Functions: Four General Conclusions.

Akira Miyake,  Naomi Friedman (2012)
Executive functions (EFs)-a set of general-purpose control processes that regulate one's thoughts and behaviors-have become a popular research topic lately and have been studied in many subdisciplines of psychological science. This article summarizes the EF research that our group has conducted to understand the nature of individual differences in EFs and their cognitive and biological underpinnings. In the context of a new theoretical framework that we have been developing (the unity/diversity framework), we describe four general conclusions that have emerged from our research. Specifically, we argue that individual differences in EFs, as measured with simple laboratory tasks, (1) show both unity and diversity (different EFs are correlated yet separable); (2) reflect substantial genetic contributions; (3) are related to various clinically and societally important phenomena; and (4) show some developmental stability.

Indicators of socioeconomic status for adolescents: the WHO Health Behaviour in School-aged Children Survey.

S Platt,  Nevins W Todd,  R A Elton … (1997)
Many indicators of socioeconomic status used for adults are inappropriate for use in research on adolescents. In a school-based survey of 4079 Scottish schoolchildren using a self-completion questionnaire, over 20% of 11-15 year olds were unable to provide a substantive response on father's occupation. In contrast, indicators derived to construct a family affluence scale, which included car ownership, telephone ownership and the child having their own unshared bedroom, resulted in a 98% response rate; and 92% of children responded to a question on their weekly spending money. The intercorrelations between the conventional indicator of father's occupation and each family affluence and spending money were examined, and their associations with a range of health indicators and health behaviour measures compared. Father's occupational status and family affluence were moderately correlated and showed broadly similar patterns of association with the selected health measures although there were also some distinct differences. Child's spending money was only weakly correlated with father's occupation and showed rather different patterns of association with health measures. A case is made for the use of multiple indicators of socioeconomic status in adolescent health surveys, and it is argued that that the family affluence scale provides a useful and easily applied additional indicator to father's occupation or an alternative measure of socioeconomic background where occupational data are unavailable.

Jacques Mehler,  Krisztián Kovács (2009)
Children exposed to bilingual input typically learn 2 languages without obvious difficulties. However, it is unclear how preverbal infants cope with the inconsistent input and how bilingualism affects early development. In 3 eye-tracking studies we show that 7-month-old infants, raised with 2 languages from birth, display improved cognitive control abilities compared with matched monolinguals. Whereas both monolinguals and bilinguals learned to respond to a speech or visual cue to anticipate a reward on one side of a screen, only bilinguals succeeded in redirecting their anticipatory looks when the cue began signaling the reward on the opposite side. Bilingual infants rapidly suppressed their looks to the first location and learned the new response. These findings show that processing representations from 2 languages leads to a domain-general enhancement of the cognitive control system well before the onset of speech.