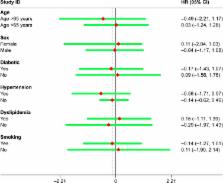 Previous studies have indicated that nicorandil can reduce perioperative myocardial injury (PMI) in patients undergoing elective percutaneous coronary intervention (ePCI), but this conclusion is still controversial. Additionally, studies reporting on the safety of nicorandil are lacking. Therefore, we performed this prospective study to evaluate the efficacy and safety of nicorandil on PMI in patients undergoing ePCI.

One hundred and forty-six patients with coronary heart disease (CHD) scheduled to undergo ePCI were randomly assigned to the nicorandil group (n=74) or control group (n=72). The primary outcomes were the change in cardiac troponin T (cTnT) and creatine kinase-MB (CK-MB) at 12 and 24 hours after surgery. The secondary outcome was the incidence of major adverse cardiac events (MACE), which was a composite of cardiac death, nonfatal myocardial infarction, new heart failure or coronary revascularization.

Nicorandil can reduce PMI in patients undergoing ePCI and does not increase the incidence of MACE.

Genetic susceptibility to death from coronary heart disease in a study of twins.

Sara Grioni,  Graziella Frasca,  Paolo Chiodini … (2011)
Many observational studies support the recommendation to eat sufficient amounts of fruit and vegetables as part of a healthy diet. The present study aimed to investigate the association between consumption of fruit, vegetables, and olive oil and the incidence of coronary heart disease (CHD) in 29,689 women enrolled between 1993 and 1998 in 5 European Prospective Investigation into Cancer and Nutrition (EPIC) cohorts in northern (Turin and Varese), central (Florence), and southern (Naples and Ragusa) Italy. Baseline dietary, anthropometric, and lifestyle characteristics were collected. Major events of CHD (fatal and nonfatal myocardial infarction and coronary revascularization) were identified through a review of clinical records. Analyses were stratified by center and adjusted for hypertension, smoking, education, menopause, physical activity, anthropometric measures, nonalcohol energy, alcohol, total meat, vegetables in analyses for fruit, and fruit in analyses for vegetables. During a mean follow-up of 7.85 y, 144 major CHD events were identified. A strong reduction in CHD risk among women in the highest quartile of consumption of leafy vegetables (hazard ratio: 0.54; 95% CI: 0.33, 0.90; P for trend = 0.03) and olive oil (hazard ratio: 0.56; 95% CI: 0.31, 0.99; P for trend = 0.04) was found. In contrast, no association emerged between fruit consumption and CHD risk. An inverse association between increasing consumption of leafy vegetables and olive oil and CHD risk emerged in this large cohort of Italian women.