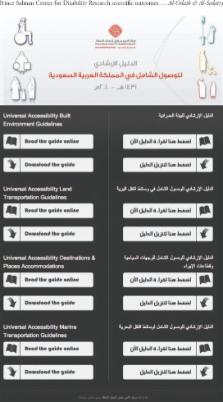 Analysis of nuclear and mitochondrial genes in patients with pseudoexfoliation glaucoma

Khaled Abu-Amero,  Thomas Bosley,  José Morales (2008)
Purpose Pseudoexfoliation glaucoma (PEG) is the most prevalent secondary open angle glaucoma occurring worldwide. The search for a genetic cause in PEG has been largely unsuccessful despite evidence of hereditary transmission. Methods The nuclear genes MYOC, OPTN, WDR36, CYP1B1, OPA1, and OPA3 were sequenced in patients with PEG. The entire mitochondrial DNA (mtDNA) coding region was also sequenced, relative mtDNA content was investigated, and mitochondrial respiration was assessed. Results No novel or previously reported mutations were present in the nuclear genes MYOC, OPTN, CYP1B1, WDR36, OPA1, or OPA3 in 29 PEG patients. Twenty-six patients (89.7%) had no pathological or potentially pathological mtDNA mutation(s); however, three patients (10.3%) had potentially pathologic mtDNA nucleotide changes not found in controls. PEG patients did not differ significantly from controls in relative mitochondrial content (p=0.98) or in mitochondrial respiratory activity (p=0.18). Conclusions These PEG patients had no mutations in nuclear genes associated with other types of glaucoma or other inherited optic neuropathies, and there was little evidence of mitochondrial abnormalities. These results imply that the nuclear genes and mitochondrial parameters evaluated here are less important determinants of PEG than other factors related to the presence of pseudoexfoliation material.

Nadia Sakati,  A Tbakhi,  Moncef Benkhalifa … (2004)
Multiple displacement amplification (MDA) is a technique used in the amplification of very low amounts of DNA and reported to yield large quantities of high-quality DNA. We used MDA to amplify the whole genome directly from a single cell. The most common techniques used in PGD are PCR and fluorescent in-situ hybridization (FISH). There are many limitations to these techniques including, the number of chromosomes diagnosed for FISH or the quality of DNA issued from a single cell PCR. This report shows, for the first time, use of MDA for single cell whole genome amplification. A total of 16 short tandem repeats (STRs) were amplified successfully with a similar pattern to the genomic DNA. Furthermore, allelic drop out (ADO) derived from MDA was assessed in 40 single cells by analysing (i) heterozygosity for a known beta globin mutation (IVSI-5 C-G) and by studying (ii) the heterozygous loci present in the STRs. ADO turned out to be 10.25% for the beta globin gene sequencing and 5% for the fluorescent PCR analysis of STRs. Moreover, the amplification accuracy of MDA permitted the detection of trisomy 21 on a single cell using comparative genome hybridization-array. Altogether, these data suggest that MDA can be used for single cell molecular karyotyping and the diagnosis of any single gene disorder in PGD.

Autism spectrum disorder in a child with propionic acidemia.

M Ghaziuddin,  Saleh Bakheet,  Mohammed Al Dosari … (2012)
Autism is a neurodevelopmental disorder characterized by a combination of reciprocal social deficits, communication impairment, and rigid ritualistic interests. While autism does not have an identifying cause in most of the cases, it is associated with known medical conditions in at least 10% of cases. Although uncommon, cases of autism have also been reported in association with metabolic disorders. In this brief report, we describe the occurrence of autism in a 7-year-old girl with propionic acidemia (PA), a common form of organic aciduria resulting from the deficiency of propionyl-CoA carboxylase and characterized by frequent and potentially lethal episodes of metabolic acidosis often accompanied by hyperammonemia. It is particularly common in countries with high rates of consanguinity. Early diagnosis of autism in patients with metabolic disorders is important since autistic features are sometimes the most disruptive of all the child's problems. This facilitates providing the needed behavioral services not otherwise available for children with metabolic disorders.