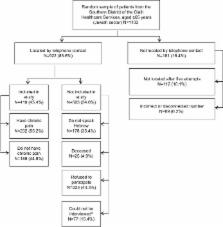 In growing elderly populations, there is a heavy burden of comorbidity and a high rate of geriatric syndromes (GS) including chronic pain.

To assess the prevalence of chronic pain among individuals aged ≥65 years in the Southern District of Israel and to evaluate associations between chronic pain and other GS.

A telephone interview was conducted on a sample of older adults who live in the community. The interview included the Brief Pain Inventory and a questionnaire on common geriatric problems.

Of 419 elderly individuals who agreed to be interviewed 232 (55.2%) suffered from chronic pain. Of those who reported chronic pain, 136 participants (68.6%) noted that they had very severe or unbearable pain. There were statistically significant associations between the pain itself and decline in patient’s functional status, increased falls, reduced mood, and cognitive decline.

Physician attitudes and practice in cancer pain management. A survey from the Eastern Cooperative Oncology Group.

K Pandya,  C Cleeland,  R Gonin … (1993)
The Eastern Cooperative Oncology Group (ECOG) conducted a groupwide survey to determine the amount of knowledge about cancer pain and its treatment among physicians practicing in ECOG-affiliated institutions and to determine the methods of pain control being used by these physicians. Survey. A questionnaire was sent to all ECOG physicians with patient care responsibilities (medical oncologists, hematologists, surgeons, and radiation therapists), practicing in university institutions, Community Clinical Oncology Program (CCOP) institutions, and Cooperative Group Outreach Programs (CGOP) institutions. A physician cancer pain questionnaire developed by the Pain Research Group at the University of Wisconsin was used. The questionnaire was designed to assess physicians' estimates of the magnitude of pain as a specific problem for cancer patients, their perceptions of the adequacy of cancer pain management, and their report of how they manage pain in their own practice setting. The study analyzed responses to 897 of 1800 surveys. In regard to the use of analgesics for cancer pain in the United States, 86% felt that the majority of patients with pain were undermedicated. Only 51% believed pain control in their own practice setting was good or very good; 31% would wait until the patient's prognosis was 6 months or less before they would start maximal analgesia. Adjuvants and prophylactic side-effect management should have been used more frequently in the treatment plan. Concerns about side-effect management and tolerance were reported as limiting analgesic prescribing. Poor pain assessment was rated by 76% of physicians as the single most important barrier to adequate pain management. Other barriers included patient reluctance to report pain and patient reluctance to take analgesics (both by 62%) as well as physician reluctance to prescribe opioids (61%). Professional education needs to focus on the proper assessment of pain, focus on the management of side effects, and focus on the use of adjuvant medications. A better understanding of the pharmacology of opioid analgesics is also needed. Physicians also need to educate patients to report pain and to effectively use the medications that are prescribed for pain management.