One Health – a strategy for resilience in a changing arctic 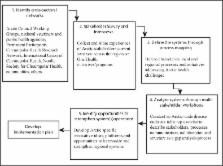 The circumpolar north is uniquely vulnerable to the health impacts of climate change. While international Arctic collaboration on health has enhanced partnerships and advanced the health of inhabitants, significant challenges lie ahead. One Health is an approach that considers the connections between the environment, plant, animal and human health. Understanding this is increasingly critical in assessing the impact of global climate change on the health of Arctic inhabitants. The effects of climate change are complex and difficult to predict with certainty. Health risks include changes in the distribution of infectious disease, expansion of zoonotic diseases and vectors, changing migration patterns, impacts on food security and changes in water availability and quality, among others. A regional network of diverse stakeholder and transdisciplinary specialists from circumpolar nations and Indigenous groups can advance the understanding of complex climate-driven health risks and provide community-based strategies for early identification, prevention and adaption of health risks in human, animals and environment. We propose a regional One Health approach for assessing interactions at the Arctic human–animal–environment interface to enhance the understanding of, and response to, the complexities of climate change on the health of the Arctic inhabitants.

J. Zinsstag, E. Schelling, D Waltner-Toews … (2011)
Faced with complex patterns of global change, the inextricable interconnection of humans, pet animals, livestock and wildlife and their social and ecological environment is evident and requires integrated approaches to human and animal health and their respective social and environmental contexts. The history of integrative thinking of human and animal health is briefly reviewed from early historical times, to the foundation of universities in Europe, up to the beginning of comparative medicine at the end of the 19th century. In the 20th century, Calvin Schwabe coined the concept of “one medicine”. It recognises that there is no difference of paradigm between human and veterinary medicine and both disciplines can contribute to the development of each other. Considering a broader approach to health and well-being of societies, the original concept of “one medicine” was extended to “one health” through practical implementations and careful validations in different settings. Given the global health thinking in recent decades, ecosystem approaches to health have emerged. Based on complex ecological thinking that goes beyond humans and animals, these approaches consider inextricable linkages between ecosystems and health, known as “ecosystem health”. Despite these integrative conceptual and methodological developments, large portions of human and animal health thinking and actions still remain in separate disciplinary silos. Evidence for added value of a coherent application of “one health” compared to separated sectorial thinking is, however, now growing. Integrative thinking is increasingly being considered in academic curricula, clinical practice, ministries of health and livestock/agriculture and international organizations. Challenges remain, focusing around key questions such as how does “one health” evolve and what are the elements of a modern theory of health? The close interdependence of humans and animals in their social and ecological context relates to the concept of “human-environmental systems”, also called “social-ecological systems”. The theory and practice of understanding and managing human activities in the context of social-ecological systems has been well-developed by members of The Resilience Alliance and was used extensively in the Millennium Ecosystem Assessment, including its work on human well-being outcomes. This in turn entails systems theory applied to human and animal health. Examples of successful systems approaches to public health show unexpected results. Analogous to “systems biology” which focuses mostly on the interplay of proteins and molecules at a sub-cellular level, a systemic approach to health in social-ecological systems (HSES) is an inter- and trans-disciplinary study of complex interactions in all health-related fields. HSES moves beyond “one health” and “eco-health”, expecting to identify emerging properties and determinants of health that may arise from a systemic view ranging across scales from molecules to the ecological and socio-cultural context, as well from the comparison with different disease endemicities and health systems structures.

Social and environmental risk factors in the emergence of infectious diseases

Robin Weiss, Anthony J McMichael (2004)
Fifty years ago, the age-old scourge of infectious disease was receding in the developed world in response to improved public health measures, while the advent of antibiotics, better vaccines, insecticides and improved surveillance held the promise of eradicating residual problems. By the late twentieth century, however, an increase in the emergence and re-emergence of infectious diseases was evident in many parts of the world. This upturn looms as the fourth major transition in human–microbe relationships since the advent of agriculture around 10,000 years ago. About 30 new diseases have been identified, including Legionnaires' disease, human immunodeficiency virus (HIV)/acquired immune deficiency syndrome (AIDS), hepatitis C, bovine spongiform encephalopathy (BSE)/variant Creutzfeldt-Jakob disease (vCJD), Nipah virus, several viral hemorrhagic fevers and, most recently, severe acute respiratory syndrome (SARS) and avian influenza. The emergence of these diseases, and resurgence of old ones like tuberculosis and cholera, reflects various changes in human ecology: rural-to-urban migration resulting in high-density peri-urban slums; increasing long-distance mobility and trade; the social disruption of war and conflict; changes in personal behavior; and, increasingly, human-induced global changes, including widespread forest clearance and climate change. Political ignorance, denial and obduracy (as with HIV/AIDS) further compound the risks. The use and misuse of medical technology also pose risks, such as drug-resistant microbes and contaminated equipment or biological medicines. A better understanding of the evolving social dynamics of emerging infectious diseases ought to help us to anticipate and hopefully ameliorate current and future risks.

The potential of transdisciplinary research for sustaining and extending linkages between the health and social sciences.

Robert Rosenfield (1992)
The last decade of the twentieth century is witnessing a profusion of projects drawing together social and health scientists to study and recommend solutions for a wide range of health problems. The process--practiced in both developed and developing countries--is usually called multidisciplinary or interdisciplinary research. Its historical precedents are briefly reviewed in this paper along with the types of problems addressed. From a review and discussion of a sample of projects selected from two major proponents of this approach to research, the Social and Economic Research Component of the UNDP/World Bank/WHO Special Programme for Research and Training in Tropical Diseases and the Applied Diarrheal Disease Research Project, conclusions are drawn about the nature of contributions from such efforts--very useful for short-term problem solving, less so for longer-term programmatic changes, especially beyond the health sector, and even more limited in impact on theory building for coping with the changing human condition. The recognition of such limitations is now widespread in the social and natural sciences beyond the health sector, in population, ecology, and the humanities. Following these observations, I argue for a new approach to transcend the disciplinary bounds inherent in multi- and interdisciplinary research. A transdisciplinary approach can provide a systematic, comprehensive theoretical framework for the definition and analysis of the social, economic, political, environmental, and institutional factors influencing human health and well-being. The academic and career challenges for such researchers, while considerable, may be overcome since there is now a new flexibility in research-supporting organizations to encourage new ideas in international health, such as that of essential national health research.

This is an Open Access article distributed under the terms of the Creative Commons Attribution 4.0 International License, allowing third parties to copy and redistribute the material in any medium or format and to remix, transform, and build upon the material for any purpose, even commercially, provided the original work is properly cited and states its license.