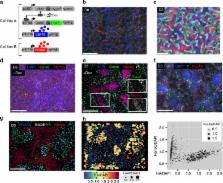 Human induced pluripotent stem cells (hiPSCs) have potential for personalized and regenerative medicine. While most of the methods using these cells have focused on deriving homogenous populations of specialized cells, there has been modest success in producing hiPSC-derived organotypic tissues or organoids. Here we present a novel approach for generating and then co-differentiating hiPSC-derived progenitors. With a genetically engineered pulse of GATA-binding protein 6 (GATA6) expression, we initiate rapid emergence of all three germ layers as a complex function of GATA6 expression levels and tissue context. Within 2 weeks we obtain a complex tissue that recapitulates early developmental processes and exhibits a liver bud-like phenotype, including haematopoietic and stromal cells as well as a neuronal niche. Collectively, our approach demonstrates derivation of complex tissues from hiPSCs using a single autologous hiPSCs as source and generates a range of stromal cells that co-develop with parenchymal cells to form tissues. 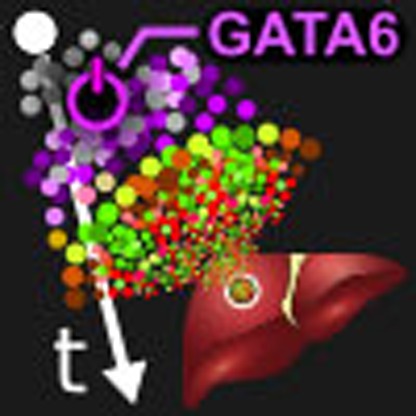 Organogenesis and development of the liver.

Karim Si-Tayeb,  Frédéric Lemaigre,  Stephen Duncan (2010)
Embryonic development of the liver has been studied intensely, yielding insights that impact diverse areas of developmental and cell biology. Understanding the fundamental mechanisms that control hepatogenesis has also laid the basis for the rational differentiation of stem cells into cells that display many hepatic functions. Here, we review the basic molecular mechanisms that control the formation of the liver as an organ. Copyright (c) 2010 Elsevier Inc. All rights reserved.

Lorenz Studer,  Viviane Tabar (2014)
After years of incremental progress, several recent studies have succeeded in deriving disease-relevant cell types from human pluripotent stem cell (hPSC) sources. The prospect of an unlimited cell source, combined with promising preclinical data, indicates that hPSC technology may be on the verge of clinical translation. In this Review, we discuss recent progress in directed differentiation, some of the new technologies that have facilitated the success of hPSC therapies and the remaining hurdles on the road towards developing hPSC-based cell therapies.

A heterogeneous expression pattern for Nanog in embryonic stem cells.

Naohiro Terada,  Jasvinder Singh,  K E Hankowski … (2007)
Nanog is a critical homeodomain factor responsible for maintaining embryonic stem (ES) cell self-renewal and pluripotency. Of interest, Nanog expression is not homogeneous in the conventional culture of murine ES cells. A Nanog-high population expresses markers for pluripotent ES cells, whereas a Nanog-low population expresses markers for primitive endoderm, such as Gata6. Since the inner cell mass of early blastocysts has recently been reported to be heterogeneous in terms of Nanog and Gata6 expression, ES cells appear to closely resemble the developing stage from which they originate. We further demonstrate that Nanog can directly repress Gata6 expression through its binding to the proximal promoter region of the Gata6 gene and that overexpression of Nanog reduces heterogeneity during ES cell maintenance. Interestingly, Nanog heterogeneity does not correlate with the heterogeneous expression of stage-specific embryonic antigen-1, suggesting that multiple but overlapping levels of heterogeneity may exist in ES cells. These findings provide insight into the factors that control ES cell self-renewal and the earliest lineage commitment to primitive endoderm while also suggesting methods to promote homogeneity during ES cell maintenance. Disclosure of potential conflicts of interest is found at the end of this article.