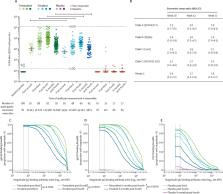 This randomised, parallel-group, placebo-controlled, double-blind, phase 1/2a study (TRAVERSE) was done at 11 centres in the USA and one centre in Rwanda. Eligible participants were adults aged 18 to 50 years, who were HIV-uninfected, healthy at screening based on their medical history and a physical examination including laboratory assessment and vital sign measurements, and at low risk of HIV infection in the opinion of study staff, who applied a uniform definition of low-risk guidelines that was aligned across sites. Enrolled participants were randomly assigned at a 2:1 ratio to tetravalent and trivalent groups. Participants in tetravalent and trivalent groups were then further randomly assigned at a 5:1 ratio to adenovirus 26 (Ad26)-vectored vaccine and placebo subgroups. Randomisation was stratified by region (USA and Rwanda) and based on a computer-generated schedule using randomly permuted blocks prepared under the sponsor's supervision. We masked participants and investigators to treatment allocation throughout the study. On day 0, participants received a first injection of tetravalent vaccine (Ad26.Mos4.HIV or placebo) or trivalent vaccine (Ad26.Mos.HIV or placebo), and those injections were repeated 12 weeks later. At week 24, vaccine groups received a third dose of tetravalent or trivalent together with clade C gp140, and this was repeated at week 48, with placebos again administered to the placebo group. All study vaccines and placebo were administered by intramuscular injection in the deltoid muscle. We assessed adverse events in all participants who received at least one study injection (full analysis set) and Env-specific binding antibodies in all participants who received at least the first three vaccinations according to the protocol-specified vaccination schedule, had at least one measured post-dose blood sample collected, and were not diagnosed with HIV during the study (per-protocol set). This study is registered with Clinicaltrials.gov, NCT02788045.

The tetravalent vaccine regimen was generally safe, well-tolerated, and found to elicit higher immune responses than the trivalent regimen. Regimens that use this tetravalent vaccine component are being advanced into field trials to assess efficacy against HIV-1 infection.

Robert Funkhouser,  Karina Yusim,  Archibald S. Perkins … (2006)
HIV-1/AIDS vaccines must address the extreme diversity of HIV-1. We have designed new polyvalent vaccine antigens comprised of sets of 'mosaic' proteins, assembled from fragments of natural sequences via a computational optimization method. Mosaic proteins resemble natural proteins, and a mosaic set maximizes the coverage of potential T-cell epitopes (peptides of nine amino acids) for a viral population. We found that coverage of viral diversity using mosaics was greatly increased compared to coverage by natural-sequence vaccine candidates, for both variable and conserved proteins; for conserved HIV-1 proteins, global coverage may be feasible. For example, four mosaic proteins perfectly matched 74% of 9-amino-acid potential epitopes in global Gag sequences; 87% of potential epitopes matched at least 8 of 9 positions. In contrast, a single natural Gag protein covered only 37% (9 of 9) and 67% (8 of 9). Mosaics provide diversity coverage comparable to that afforded by thousands of separate peptides, but, because the fragments of natural proteins are compressed into a small number of native-like proteins, they are tractable for vaccines.