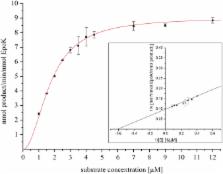 Since their discovery in the soil bacterium Sorangium cellulosum, epothilones have emerged as a valuable substance class with promising anti-tumor activity. Because of their benefits in the treatment of cancer and neurodegenerative diseases, epothilones are targets for drug design and pharmaceutical research. The final step of their biosynthesis – a cytochrome P450 mediated epoxidation of epothilone C/D to A/B by CYP167A1 (EpoK) – needs significant improvement, in particular regarding the efficiency of its redox partners. Therefore, we have investigated the ability of various hetero- and homologous redox partners to transfer electrons to EpoK. Hereby, a new hybrid system was established with conversion rates eleven times higher and V max of more than seven orders of magnitudes higher as compared with the previously described spinach redox chain. This hybrid system is the most efficient redox chain for EpoK described to date. Furthermore, P450s from So ce56 were identified which are able to convert epothilone D to 14-OH, 21-OH, 26-OH epothilone D and 7-ketone epothilone D. The latter one represents a novel epothilone derivative and is a suitable candidate for pharmacological tests. The results revealed myxobacterial P450s from S. cellulosum So ce56 as promising candidates for protein engineering for biotechnological production of epothilone derivatives.

A. Dereeper,  V. Guignon,  Phillip G. Blanc … (2008)
Phylogenetic analyses are central to many research areas in biology and typically involve the identification of homologous sequences, their multiple alignment, the phylogenetic reconstruction and the graphical representation of the inferred tree. The Phylogeny.fr platform transparently chains programs to automatically perform these tasks. It is primarily designed for biologists with no experience in phylogeny, but can also meet the needs of specialists; the first ones will find up-to-date tools chained in a phylogeny pipeline to analyze their data in a simple and robust way, while the specialists will be able to easily build and run sophisticated analyses. Phylogeny.fr offers three main modes. The ‘One Click’ mode targets non-specialists and provides a ready-to-use pipeline chaining programs with recognized accuracy and speed: MUSCLE for multiple alignment, PhyML for tree building, and TreeDyn for tree rendering. All parameters are set up to suit most studies, and users only have to provide their input sequences to obtain a ready-to-print tree. The ‘Advanced’ mode uses the same pipeline but allows the parameters of each program to be customized by users. The ‘A la Carte’ mode offers more flexibility and sophistication, as users can build their own pipeline by selecting and setting up the required steps from a large choice of tools to suit their specific needs. Prior to phylogenetic analysis, users can also collect neighbors of a query sequence by running BLAST on general or specialized databases. A guide tree then helps to select neighbor sequences to be used as input for the phylogeny pipeline. Phylogeny.fr is available at: http://www.phylogeny.fr/

Claudia Allemani,  Hannah K Weir,  Helena Carreira … (2015)
Worldwide data for cancer survival are scarce. We aimed to initiate worldwide surveillance of cancer survival by central analysis of population-based registry data, as a metric of the effectiveness of health systems, and to inform global policy on cancer control.

Rita Bernhardt (2006)
Cytochromes P450 are ubiquitously distributed enzymes, which were discovered about 50 years ago and which possess high complexity and display a broad field of activity. They are hemoproteins encoded by a superfamily of genes converting a broad variety of substrates and catalysing a variety of interesting chemical reactions. This enzyme family is involved in the biotransformation of drugs, the bioconversion of xenobiotics, the metabolism of chemical carcinogens, the biosynthesis of physiologically important compounds such as steroids, fatty acids, eicosanoids, fat-soluble vitamins, bile acids, the conversion of alkanes, terpenes, and aromatic compounds as well as the degradation of herbicides and insecticides. There is also a broad versatility of reactions catalysed by cytochromes P450 such as carbon hydroxylation, heteroatom oxygenation, dealkylation, epoxidation, aromatic hydroxylation, reduction, dehalogenation (Sono, M., Roach, M.P., Coulter, E.D., Dawson, J.H., 1996. Heme-containing oxygenases. Chem. Rev. 96, 2841-2888), (Werck-Reichhart, D., Feyereisen, R., 2000. Cytochromes P450: a success story. Genome Biol. 1 (REVIEWS3003)), (Bernhardt, R., 2004. Cytochrome P-450. Encyclopedia Biol. Chem. 1, 544-549), (Bernhardt, R., 2004. Optimized chimeragenesis; creating diverse P450 functions. Chem. Biol. 11, 287-288), (Guengerich, F.P., 2004. Cytochrome P450: what have we learned and what are the future issues? Drug Metab. Rev. 36, 159-197). More than 5000 different P450 genes have been cloned up to date (for details see: ). Members of the same gene family are defined as usually having > or =40% sequence identity to a P450 protein from any other family. Mammalian sequences within the same subfamily are always >55% identical. The numbers of individual P450 enzymes in different species differ significantly, showing the highest numbers observed so far in plants. The structure-function relationships of cytochromes P450 are far from being well understood and their catalytic power has so far hardly been used for biotechnological processes. Nevertheless, the set of interesting reactions being catalysed by these systems and the availability of new genetic engineering techniques allowing to heterologously express them and to improve and change their activity, stability and selectivity as well as the increasing interest of the industry in life sciences makes them promising candidates for biotechnological application in the future.