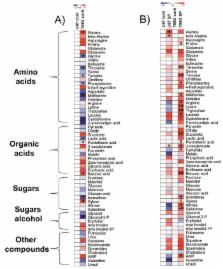 2-Oxoglutarate dehydrogenase (OGDH) of the tricarboxylic acid (TCA) cycle is often implied to be inactive in cancer, but this was not experimentally tested. We addressed the question through specific inhibition of OGDH by succinyl phosphonate (SP). SP action on different cancer cells was investigated using indicators of cellular viability and reactive oxygen species (ROS), metabolic profiling and transcriptomics. Relative sensitivity of various cancer cells to SP changed with increasing SP exposure and could differ in the ATP- and NAD(P)H-based assays. Glioblastoma responses to SP revealed metabolic sub-types increasing or decreasing cellular ATP/NAD(P)H ratio under OGDH inhibition. Cancer cell homeostasis was perturbed also when viability indicators were SP-resistant, e.g. in U87 and N2A cells. The transcriptomics database analysis showed that the SP-sensitive cells, such as A549 and T98G, exhibit the lowest expression of OGDH compared to other TCA cycle enzymes, associated with higher expression of affiliated pathways utilizing 2-oxoglutarate. Metabolic profiling confirmed the dependence of cellular SP reactivity on cell-specific expression of the pathways. Thus, oxidative decarboxylation of 2-oxoglutarate is significant for the interdependent homeostasis of NAD(P)H, ATP, ROS and key metabolites in various cancer cells. Assessment of cell-specific responses to OGDH inhibition is of diagnostic value for anticancer strategies.

Dichloroacetate (DCA) as a potential metabolic-targeting therapy for cancer

E Michelakis,  B. L. Webster,  J R Mackey (2008)
The unique metabolism of most solid tumours (aerobic glycolysis, i.e., Warburg effect) is not only the basis of diagnosing cancer with metabolic imaging but might also be associated with the resistance to apoptosis that characterises cancer. The glycolytic phenotype in cancer appears to be the common denominator of diverse molecular abnormalities in cancer and may be associated with a (potentially reversible) suppression of mitochondrial function. The generic drug dichloroacetate is an orally available small molecule that, by inhibiting the pyruvate dehydrogenase kinase, increases the flux of pyruvate into the mitochondria, promoting glucose oxidation over glycolysis. This reverses the suppressed mitochondrial apoptosis in cancer and results in suppression of tumour growth in vitro and in vivo. Here, we review the scientific and clinical rationale supporting the rapid translation of this promising metabolic modulator in early-phase cancer clinical trials.

Stefan Gross,  Rob Cairns,  Mark D Minden … (2010)
Mutations in isocitrate dehydrogenase 1 and 2 (IDH1/2), are present in most gliomas and secondary glioblastomas, but are rare in other neoplasms. IDH1/2 mutations are heterozygous, and affect a single arginine residue. Recently, IDH1 mutations were identified in 8% of acute myelogenous leukemia (AML) patients. A glioma study revealed that IDH1 mutations cause a gain-of-function, resulting in the production and accumulation of 2-hydroxyglutarate (2-HG). Genotyping of 145 AML biopsies identified 11 IDH1 R132 mutant samples. Liquid chromatography-mass spectrometry metabolite screening revealed increased 2-HG levels in IDH1 R132 mutant cells and sera, and uncovered two IDH2 R172K mutations. IDH1/2 mutations were associated with normal karyotypes. Recombinant IDH1 R132C and IDH2 R172K proteins catalyze the novel nicotinamide adenine dinucleotide phosphate (NADPH)–dependent reduction of α-ketoglutarate (α-KG) to 2-HG. The IDH1 R132C mutation commonly found in AML reduces the affinity for isocitrate, and increases the affinity for NADPH and α-KG. This prevents the oxidative decarboxylation of isocitrate to α-KG, and facilitates the conversion of α-KG to 2-HG. IDH1/2 mutations confer an enzymatic gain of function that dramatically increases 2-HG in AML. This provides an explanation for the heterozygous acquisition of these mutations during tumorigenesis. 2-HG is a tractable metabolic biomarker of mutant IDH1/2 enzyme activity.

Isaac Marin-Valencia,  Chendong Yang,  Tomoyuki Mashimo … (2012)
Dysregulated metabolism is a hallmark of cancer cell lines, but little is known about the fate of glucose and other nutrients in tumors growing in their native microenvironment. To study tumor metabolism in vivo, we used an orthotopic mouse model of primary human glioblastoma (GBM). We infused (13)C-labeled nutrients into mice bearing three independent GBM lines, each with a distinct set of mutations. All three lines displayed glycolysis, as expected for aggressive tumors. They also displayed unexpected metabolic complexity, oxidizing glucose via pyruvate dehydrogenase and the citric acid cycle, and using glucose to supply anaplerosis and other biosynthetic activities. Comparing the tumors to surrounding brain revealed obvious metabolic differences, notably the accumulation of a large glutamine pool within the tumors. Many of these same activities were conserved in cells cultured ex vivo from the tumors. Thus GBM cells utilize mitochondrial glucose oxidation during aggressive tumor growth in vivo. Copyright © 2012 Elsevier Inc. All rights reserved.