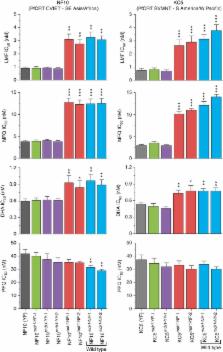 Antimalarial chemotherapy, globally reliant on artemisinin-based combination therapies (ACTs), is threatened by the spread of drug resistance in Plasmodium falciparum parasites. Here we use zinc-finger nucleases to genetically modify the multidrug resistance-1 transporter PfMDR1 at amino acids 86 and 184, and demonstrate that the widely prevalent N86Y mutation augments resistance to the ACT partner drug amodiaquine and the former first-line agent chloroquine. In contrast, N86Y increases parasite susceptibility to the partner drugs lumefantrine and mefloquine, and the active artemisinin metabolite dihydroartemisinin. The PfMDR1 N86 plus Y184F isoform moderately reduces piperaquine potency in strains expressing an Asian/African variant of the chloroquine resistance transporter PfCRT. Mutations in both digestive vacuole-resident transporters are thought to differentially regulate ACT drug interactions with host haem, a product of parasite-mediated haemoglobin degradation. Global mapping of these mutations illustrates where the different ACTs could be selectively deployed to optimize treatment based on regional differences in PfMDR1 haplotypes. 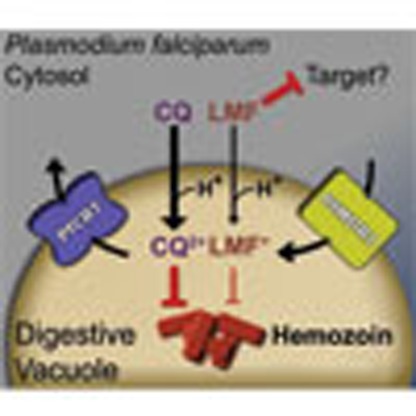 Antimalarial chemotherapy relies on combination therapies (ACTs) consisting of an artemisinin derivative and a partner drug. Here, the authors study the effects of globally prevalent mutations in a multidrug resistance transporter (PfMDR1) on the parasite's susceptibility to ACT drugs.

Ric Price,  Anne-Catrin Uhlemann,  Alan Brockman … (2015)
The borders of Thailand harbour the world's most multidrug resistant Plasmodium falciparum parasites. In 1984 mefloquine was introduced as treatment for uncomplicated falciparum malaria, but substantial resistance developed within 6 years. A combination of artesunate with mefloquine now cures more than 95% of acute infections. For both treatment regimens, the underlying mechanisms of resistance are not known. The relation between polymorphisms in the P falciparum multidrug resistant gene 1 (pfmdr1) and the in-vitro and in-vivo responses to mefloquine were assessed in 618 samples from patients with falciparum malaria studied prospectively over 12 years. pfmdr1 copy number was assessed by a robust real-time PCR assay. Single nucleotide polymorphisms of pfmdr1, P falciparum chloroquine resistance transporter gene (pfcrt) and P falciparum Ca2+ ATPase gene (pfATP6) were assessed by PCR-restriction fragment length polymorphism. Increased copy number of pfmdr1 was the most important determinant of in-vitro and in-vivo resistance to mefloquine, and also to reduced artesunate sensitivity in vitro. In a Cox regression model with control for known confounders, increased pfmdr1 copy number was associated with an attributable hazard ratio (AHR) for treatment failure of 6.3 (95% CI 2.9-13.8, p<0.001) after mefloquine monotherapy and 5.4 (2.0-14.6, p=0.001) after artesunate-mefloquine therapy. Single nucleotide polymorphisms in pfmdr1 were associated with increased mefloquine susceptibility in vitro, but not in vivo. Amplification in pfmdr1 is the main cause of resistance to mefloquine in falciparum malaria. Multidrug resistant P falciparum malaria is common in southeast Asia, but difficult to identify and treat. Genes that encode parasite transport proteins maybe involved in export of drugs and so cause resistance. In this study we show that increase in copy number of pfmdr1, a gene encoding a parasite transport protein, is the best overall predictor of treatment failure with mefloquine. Increase in pfmdr1 copy number predicts failure even after chemotherapy with the highly effective combination of mefloquine and 3 days' artesunate. Monitoring of pfmdr1 copy number will be useful in epidemiological surveys of drug resistance in P falciparum, and potentially for predicting treatment failure in individual patients.

Lawrence Caruana,  E. Saliba,  A. Cowman … (2000)
Throughout the latter half of this century, the development and spread of resistance to most front-line antimalarial compounds used in the prevention and treatment of the most severe form of human malaria has given cause for grave clinical concern. Polymorphisms in pfmdr1, the gene encoding the P-glycoprotein homologue 1 (Pgh1) protein of Plasmodium falciparum, have been linked to chloroquine resistance; Pgh1 has also been implicated in resistance to mefloquine and halofantrine. However, conclusive evidence of a direct causal association between pfmdr1 and resistance to these antimalarials has remained elusive, and a single genetic cross has suggested that Pgh1 is not involved in resistance to chloroquine and mefloquine. Here we provide direct proof that mutations in Pgh1 can confer resistance to mefloquine, quinine and halofantrine. The same mutations influence parasite resistance towards chloroquine in a strain-specific manner and the level of sensitivity to the structurally unrelated compound, artemisinin. This has important implications for the development and efficacy of future antimalarial agents.

Chanaki Amaratunga,  Pharath Lim,  Seila Suon … (2016)
Artemisinin resistance in Plasmodium falciparum threatens to reduce the efficacy of artemisinin combination therapies (ACTs), thus compromising global efforts to eliminate malaria. Recent treatment failures with dihydroartemisinin-piperaquine, the current first-line ACT in Cambodia, suggest that piperaquine resistance may be emerging in this country. We explored the relation between artemisinin resistance and dihydroartemisinin-piperaquine failures, and sought to confirm the presence of piperaquine-resistant P falciparum infections in Cambodia.