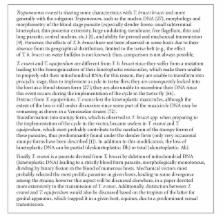 Trypanosoma evansi, the agent of “surra,” is a salivarian trypanosome, originating from Africa. It is thought to derive from Trypanosoma brucei by deletion of the maxicircle kinetoplastic DNA (genetic material required for cyclical development in tsetse flies). It is mostly mechanically transmitted by tabanids and stomoxes, initially to camels, in sub-Saharan area. The disease spread from North Africa towards the Middle East, Turkey, India, up to 53° North in Russia, across all South-East Asia, down to Indonesia and the Philippines, and it was also introduced by the conquistadores into Latin America. It can affect a very large range of domestic and wild hosts including camelids, equines, cattle, buffaloes, sheep, goats, pigs, dogs and other carnivores, deer, gazelles, and elephants. It found a new large range of wild and domestic hosts in Latin America, including reservoirs (capybaras) and biological vectors (vampire bats). Surra is a major disease in camels, equines, and dogs, in which it can often be fatal in the absence of treatment, and exhibits nonspecific clinical signs (anaemia, loss of weight, abortion, and death), which are variable from one host and one place to another; however, its immunosuppressive effects interfering with intercurrent diseases or vaccination campaigns might be its most significant and questionable aspect.

The trypanosomes of mammals. A zoological monograph

Hassan Hashimi,  Zhao-Rong Lun,  Julius Lukeš … (2008)
Trypanosoma brucei is a kinetoplastid flagellate, the agent of human sleeping sickness and ruminant nagana in Africa. Kinetoplastid flagellates contain their eponym kinetoplast DNA (kDNA), consisting of two types of interlocked circular DNA molecules: scores of maxicircles and thousands of minicircles. Maxicircles have typical mitochondrial genes, most of which are translatable only after RNA editing. Minicircles encode guide RNAs, required for decrypting the maxicircle transcripts. The life cycle of T. brucei involves a bloodstream stage (BS) in vertebrates and a procyclic stage (PS) in the tsetse fly vector. Partial [dyskinetoplastidy (Dk)] or total [akinetoplastidy (Ak)] loss of kDNA locks the trypanosome in the BS form. Transmission between vertebrates becomes mechanical without PS and tsetse mediation, allowing the parasite to spread outside the African tsetse belt. Trypanosoma equiperdum and Trypanosoma evansi are agents of dourine and surra, diseases of horses, camels, and water buffaloes. We have characterized representative strains of T. equiperdum and T. evansi by numerous molecular and classical parasitological approaches. We show that both species are actually strains of T. brucei, which lost part (Dk) or all (Ak) of their kDNA. These trypanosomes are not monophyletic clades and do not qualify for species status. They should be considered two subspecies, respectively T. brucei equiperdum and T. brucei evansi, which spontaneously arose recently. Dk/Ak trypanosomes may potentially emerge repeatedly from T. brucei.

Chagas disease: 100 years after its discovery. A systemic review.

José COURA,  José Borges-Pereira (2010)
Although Chagas disease was only discovered in 1909, it began millions of years ago as an enzootic disease among wild animals. Its transmission to man began accidentally as an anthropozoonosis when mankind invaded wild ecotopes. Endemic Chagas disease became established as a zoonosis over the last 200-300 years through deforestation for agriculture and livestock rearing and adaptation of triatomines to dwellings and to humans and domestic animals as food sources. When T. cruzi is transmitted to man, it invades the bloodstream and lymphatic system and lodges in muscle and heart tissue, the digestive system and phagocytic cells. Through this, it causes inflammatory lesions and an immune response, particularly mediated by CD4(+), CD8(+), IL2 and IL4, with cell and neuron destruction and fibrosis. These processes lead to blockage of the heart's conductive system, arrhythmias, heart failure, aperistalsis and dilatation of hollow viscera, especially the esophagus and colons. Chagas disease is characterized by an acute phase with or without symptoms, with (or more often without) T. cruzi penetration signs (inoculation chagoma or Romaña's sign), fever, adenomegaly, hepatosplenomegaly and patent parasitemia; and a chronic phase: indeterminate (asymptomatic, with normal electrocardiogram and heart, esophagus and colon X-rays) or cardiac, digestive or cardiac/digestive forms. There is great regional variation in the morbidity caused by Chagas disease: severe cardiac or digestive forms may occur in 10-50%, and indeterminate forms in the remaining, asymptomatic cases. The epidemiological and control characteristics of Chagas disease vary according to each country's ecological conditions and health policies. 2010. Published by Elsevier B.V.