Is synaesthesia more common in autism? 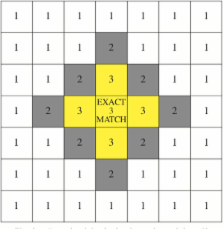 Synaesthesia is a neurodevelopmental condition in which a sensation in one modality triggers a perception in a second modality. Autism (shorthand for Autism Spectrum Conditions) is a neurodevelopmental condition involving social-communication disability alongside resistance to change and unusually narrow interests or activities. Whilst on the surface they appear distinct, they have been suggested to share common atypical neural connectivity.

In the present study, we carried out the first prevalence study of synaesthesia in autism to formally test whether these conditions are independent. After exclusions, 164 adults with autism and 97 controls completed a synaesthesia questionnaire, Autism Spectrum Quotient, and Test of Genuineness-Revised (ToG-R) online.

The significant increase in synaesthesia prevalence in autism suggests that the two conditions may share some common underlying mechanisms. Future research is needed to develop more feasible validation methods of synaesthesia in autism.

Cortical activation and synchronization during sentence comprehension in high-functioning autism: evidence of underconnectivity.

Nancy J. Minshew,  Vladimir L. Cherkassky,  Evan Keller … (2004)
The brain activation of a group of high-functioning autistic participants was measured using functional MRI during sentence comprehension and the results compared with those of a Verbal IQ-matched control group. The groups differed in the distribution of activation in two of the key language areas. The autism group produced reliably more activation than the control group in Wernicke's (left laterosuperior temporal) area and reliably less activation than the control group in Broca's (left inferior frontal gyrus) area. Furthermore, the functional connectivity, i.e. the degree of synchronization or correlation of the time series of the activation, between the various participating cortical areas was consistently lower for the autistic than the control participants. These findings suggest that the neural basis of disordered language in autism entails a lower degree of information integration and synchronization across the large-scale cortical network for language processing. The article presents a theoretical account of the findings, related to neurobiological foundations of underconnectivity in autism.

R Courchesne,  S Pizzo,  R Ziccardi … (2001)
To quantify developmental abnormalities in cerebral and cerebellar volume in autism. The authors studied 60 autistic and 52 normal boys (age, 2 to 16 years) using MRI. Thirty autistic boys were diagnosed and scanned when 5 years or older. The other 30 were scanned when 2 through 4 years of age and then diagnosed with autism at least 2.5 years later, at an age when the diagnosis of autism is more reliable. Neonatal head circumferences from clinical records were available for 14 of 15 autistic 2- to 5-year-olds and, on average, were normal (35.1 +/- 1.3 cm versus clinical norms: 34.6 +/- 1.6 cm), indicative of normal overall brain volume at birth; one measure was above the 95th percentile. By ages 2 to 4 years, 90% of autistic boys had a brain volume larger than normal average, and 37% met criteria for developmental macrencephaly. Autistic 2- to 3-year-olds had more cerebral (18%) and cerebellar (39%) white matter, and more cerebral cortical gray matter (12%) than normal, whereas older autistic children and adolescents did not have such enlarged gray and white matter volumes. In the cerebellum, autistic boys had less gray matter, smaller ratio of gray to white matter, and smaller vermis lobules VI-VII than normal controls. Abnormal regulation of brain growth in autism results in early overgrowth followed by abnormally slowed growth. Hyperplasia was present in cerebral gray matter and cerebral and cerebellar white matter in early life in patients with autism.